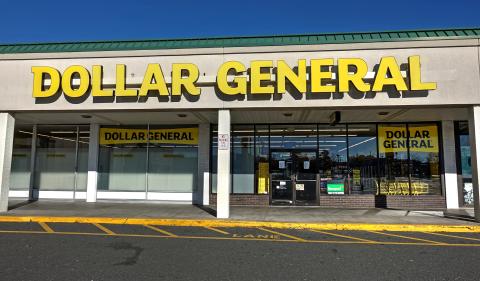 Through the first half of its fiscal year, Dollar General has opened 500 new stores, remodeled 973 stores and relocated 43 stores.

Remodeling efforts that emphasize food and consumables are working so well at Dollar General that the retailer plans to accelerate the program. The announcement was made in conjunction with the release of second quarter financial results on  Aug. 27, in which it was the beneficiary of pandemic-driven changes in shopper behavior.

Total sales increased 24.4% to $8.7 billion and same-store sales increased 18.8% during the period ended July 31. Sales remained elevated during August, prompting Dollar General to make an uncharacteristic disclosure that comps had increased 15% since the beginning of Aug. 25. The strong sales growth gave the company tremendous expense leverage, which was reflected in operating profits that increased 80.5% to $1 billion, net income that increased 84.6% to $787.6 million and earnings per share that increased 89.1% to $3.12.

“We continue to operate from a position of strength and are excited to announce the acceleration of several key strategic initiatives, including the rollout of DG Pickup, DG Fresh, and our nonconsumables initiative, as well as an increase in our expected number of real estate projects for fiscal 2020,” said Dollar General CEO Todd Vasos. “Our robust portfolio of initiatives, coupled with our expansive real estate footprint of nearly 17,000 store locations, positions us well to continue delivering value and convenience for our customers, while driving sustainable long-term growth and value for our shareholders.”

The gains that the company saw were the result of larger transactions sizes, partly offset by a decline in customer traffic, a pandemic phenomenon that other retailers have reported. The strength was broad-based, as same-store sales increased in the consumables, seasonal, home products and apparel categories. The largest percentage increase came in the home products category, with Dollar General conceding that consumer behavior driven by COVID-19 had a significant positive effect on net sales and same-store sales.

Dollar General ended the quarter with 16,720 stores and is on track to easily surpass 17,000 locations by year end.

Despite record second-quarter results and a strong performance in August, Dollar General said that there was too much uncertainty regarding the severity and duration of the COVID-19 pandemic for it to provide an update to its full-year sales and earning guidance. Nevertheless, the company felt good enough about its future prospects to resume spending money buying back stock and suspending share repurchases in the first quarter. It spent $602 million on share repurchase in the second quarter, and on Aug. 26, Dollar General's board authorized an additional $2 billion for future repurchases, since only $481 million remained on a prior authorization.

Goodlettsville, Tenn.-based Dollar General operates stores in 46 states, employing approximately 140,000 associates. The company is No. 16 on The PG 100, Progressive Grocer's 2020 list of the top food and consumables retailers in North America.