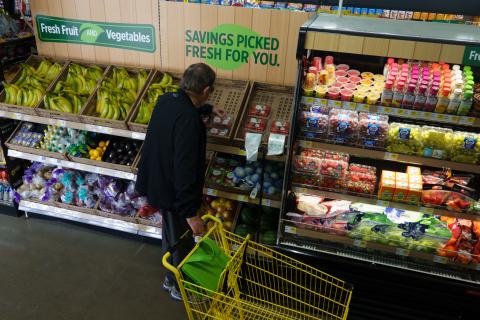 New dual facilities will allow Dollar General to improve upon its fresh offering.

Representing an approximate combined investment of $480 million, Dollar General Corp. has revealed plans to grow its private-fleet network by building three new distribution centers in North Little Rock, Ark.; Aurora, Colo.; and Salem, Ore. At full capacity, the facilities are estimated to create up to 1,100 career opportunities in total.

Since its inception in 2016, DG Private Fleet has grown to approximately 950 tractors and drivers and 25 private-fleet sites. The company currently plans for the DG Private Fleet to represent 40% of its drivers by the end of fiscal year 2022.

Regarding the three new distribution centers, Dollar General EVP of Global Supply Chain Tony Zuazo said: “We look forward to breaking ground on these new projects, which will help us not only better serve our customers and communities, but also combine efficiencies of our DG Fresh and traditional supply chains. We are fortunate to have created constructive relationships with Arkansas Gov. Asa Hutchinson, Colorado Gov. Jared Polis and Oregon Gov. Kate Brown and their teams, who understand the positive economic and labor benefits DG can bring when we invest in their local communities.”

The North Little Rock dual distribution center facility represents an approximately $140 million investment in Pulaski County, with construction currently slated to begin by fall 2022 and a late 2023 planned completion date. With the expectation of creating 300 new jobs, management hiring is scheduled to begin in spring 2023, with warehouse team member recruitment to start in fall 2023. Dollar General currently employs more than 4,300 Arkansas residents, having opened its first store in the state in 1975.

For the Aurora facility, Dollar General plans to invest approximately $172 million in the Arapahoe County facility. Construction on the project is currently scheduled to begin in late summer 2022, with a late 2023 completion date. Management hiring will begin in late spring 2023, with warehouse hiring slated for fall 2023. In total, the facility is expected to create approximately 400 new jobs. Dollar General opened its first Colorado store in 2002 in Poinsett County and currently employs approximately 600 individuals in the state.

Career opportunities at each new distribution facility will be available online at www.dollargeneral.com/careers.

Plans for the new distribution centers follow the company’s upgraded guidance that was revealed in May’s first-quarter earnings report. While Dollar General experienced a 4.2% jump in net sales to reach $8.8 billion during the quarter, same-store sales were down 0.1%, and net income fell 18.5% in that same period. However, the discount retailer indicated that it foresaw a better back half of 2022, upgrading its outlook for the rest of the year. Dollar General projected revenue growth of between 10% and 10.5%, compared with its previous estimate of about 10%, and anticipates same-store sales growth of 3% to 3.5% versus the prior expectation of 2.5%.

Goodlettsville, Tenn.-based Dollar General operated 18,356 stores in 47 states as of April 29. The company is No. 15 on The PG 100, Progressive Grocer’s 2022 list of the top food and consumables retailers in North America.