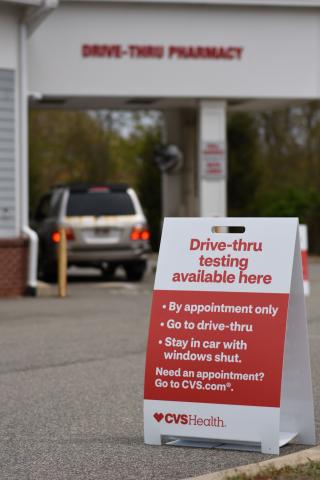 More than half of CVS' forthcoming 1,000 test sites across the country will serve vulnerable communities.

CVS Health, which originally began testing for coronavirus with a one-store pilot earlier this year, has revealed that it now expects to establish up to 1,000 locations across the country offering COVID-19 testing by the end of May at CVS Pharmacy locations, with the aim of processing as many as 1.5 million tests monthly, subject to availability of supplies and lab capacity.

Once they’re fully up and running, more than half of the 1,000 test sites will serve communities with the greatest need for such tests, as gauged by the CDC’s Social Vulnerability Index. The index monitors such census variables as poverty, lack of access to transportation, and crowded housing that may compromise a community’s ability to prepare for, and recover from, events like natural disasters and disease outbreaks.

Back in March, CVS piloted drive-through COVID-19 test sites at a Shrewsbury, Mass., CVS Pharmacy store parking lot. According to the company, the pilot provided the company with a range of key learnings that helped it improve on and maximize drive-through testing for consumers.

With its CVS Pharmacy subsidiary operating almost 10,000 locations nationwide, CVS Health is No. 6 on The PG 100, Progressive Grocer’s 2020 list of the top food retailers in in North America. Walmart, Kroger and Walgreens are Nos. 1, 3 and 4, respectively, on the list.