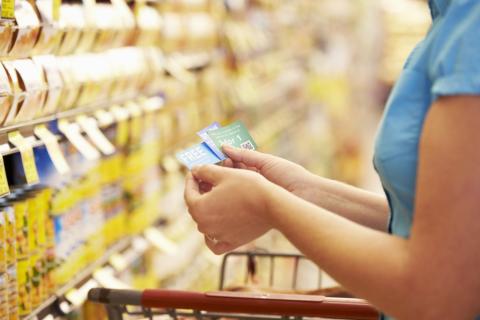 Fraudulent coupon use is costing the retail industry more than $100 million annually.

Four months after the feds uncovered a $31 million coupon fraud scheme in Virginia, one of the implicated individuals, Pacifico Talens, was sentenced to 87 months of incarceration and three years of supervised release, and ordered to pay $31 million in restitution.

From approximately April 2017 through May 2020, Pacifico’s wife, Lori Ann Talens, operated a complex scheme using social media sites and apps such as Facebook and Telegram to find groups of coupon enthusiasts and sell them counterfeit coupons. Lori Ann, who operated online under the moniker “MasterChef,” used a computer to design, create and produce a wide variety of counterfeit coupons in her Virginia Beach home. These counterfeit coupons were often created with inflated values, far in excess of what an authentic coupon would offer, to receive items from retail free or for a greatly reduced price.

Aware of the coupon scheme, Pacifico Talens profited and assisted in his wife's operation by shipping packages of counterfeit coupons and performing other administrative tasks.

The Talens' coupon fraud scheme was discovered when one of their customers reported them to the Coupon Information Center (CIC), a coalition of consumer product manufacturers dedicated to coupon integrity.

Referring to Pacifico Talen’s sentencing, CIC Executive Director Bud Miller said: “Justice was done today. While he was not the ringleader, Mr. Talens was an active participant in this scheme and was aware of its criminal nature. He regularly mailed packages of counterfeit coupons to customers across the country, spreading the fraud nationwide. He could have put a stop to the scheme at any time. He didn’t and will be paying the price for the rest of his life.”

Fraudulent use of coupons costs the retail industry more than $100 million annually. To combat its use, the CIC developed a free app for retailers, law enforcement and its members, the CIC Suspect Coupon Checker. Counterfeit coupons known to the CIC can be identified in a few seconds. Suspect coupons can also be reported for review.

“It would be wise for coupon counterfeiters to immediately cease their illegal activities,” added Miller. “As is to be expected, additional counterfeit coupon cases are already being pursued from information obtained as a result of this case.”

Scheduled to be sentenced on Aug. 31, Lori Ann Talens faces a maximum penalty of 50 years in prison.