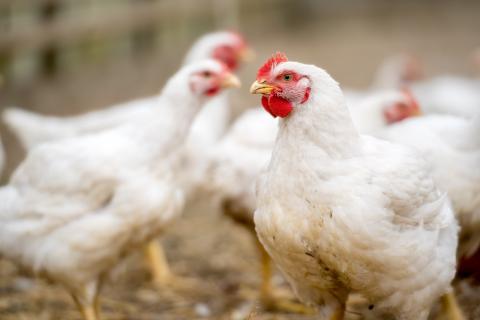 Costco — which sold 106 million of its rotisserie chickens in 2021 — runs a vertically integrated poultry complex in Nebraska to help supply its birds.

Although its fiscal 2022 sustainability results aren’t out yet — they’ll be detailed at the annual shareholders meeting in January — Costco Wholesale Corp. has balanced its warehouse growth and daily operations in a still-turbulent environment with its ongoing commitments to people and the planet. At a time when nearly all retailers are more mindful of and vocal about their business practices and cultures, Issaquah, Wash.-based Costco has made major strides toward its four sustainability pillars of taking care of its employees, supporting the communities where it operates, operating efficiently in an environmentally responsible manner and strategically sourcing merchandise in a sustainable manner.

On the employee front, Costco touts its premium benefits, industry-leading $23.56-per-hour average wage in the United States, and high retention rates. “One thing about Costco — people have been here a long time and we have low turnover,” notes CFO Richard Galanti. “Our hourly turnover is in the low teens.”

Employment ties into its pillar of community support, as the warehouse operator pledges to hire workers who represent their communities. Costco’s community support also encompasses charitable donations, which topped $58 million in 2021.

From an environmental standpoint, Costco cites actions such as taking part in the Roundtable on Sustainable Palm Oil and reducing its packaging to the tune of 17 million pounds last year. The company met all of the milestones for 2021 as outlined in its ambitious climate action plan, which runs through 2024.

This year, Costco has initiated several pilot programs to explore additional decarbonization opportunities related to emissions. Among other programs, these opportunities include the testing of electric bakery ovens at a warehouse location, conducting solar electric vehicle-charging tests at multiple warehouse locations, exploring renewable-diesel options for business delivery trucks in California, and testing refrigerant leak-reduction technology systems at 12 of its warehouse locations.

Even Costco’s famous $4.99 Kirkland Signature rotisserie chickens have come into focus from a sustainability standpoint, as two shareholders filed a lawsuit over the summer making claims about the company’s poultry production practices. Costco is unique in that it runs a vertically integrated poultry production and processing plant, Lincoln Premium Poultry, in Fremont, Neb., which raises around 100 million birds a year.

According to information shared on Costco’s website, the warehouse operator has taken several measures to optimize broiler welfare at its poultry complex. The birds are raised uncaged in barns, where they are free to move about without restrictions, and the barns follow standards developed by the National Chicken Council. The plants are regularly inspected by independent third party auditors, Costco notes, and the company has deployed a more humane slaughter method of controlled-atmosphere stunning. In 2021, the company even brought in acclaimed animal welfare expert Dr. Temple Grandin to make recommendations for enhancements at the Nebraska site, many of which are in the process of being implemented.