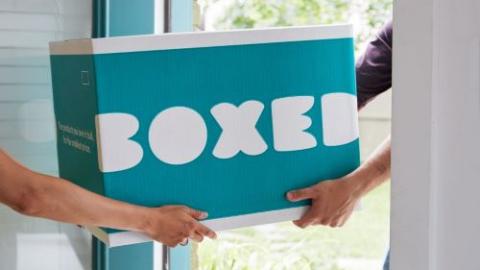 Boxed has hired three new executives to help the company grow following its transition to a public company.

With the addition of three new executives, online grocery platform Boxed Inc. has completed its leadership team, according to the company. The new leaders will help guide Boxed following its move from private to public company, and a period of continued growth.

Taking the role of chief revenue officer is Anna Meyer, who will work to acquire new clients for the Spresso software business, and most recently led the sales organization at fintech company Sezzle. Jung Choi will act as general counsel and secretary, and comes to Boxed from Stanley Black & Decker. Finally, Veracelle Vega is the new chief people officer, bringing 20 years of experience to the role. Vega was previously chief people officer at direct-to-consumer mattress company Resident.

“We are entering a monumental period of growth at Boxed, and having Anna, Jung and Veracelle join our leadership team, with the breadth of knowledge and experience they bring, is critical to our long-term goals,” said Chieh Huang, Boxed co-founder and CEO. “Of these key hires, all identify as female and two identify as minorities, illustrating Boxed's continued commitment to diversity and inclusion.”

Last year was a momentous one for Boxed, with the company completing its merger with Seven Oaks Acquisition Corp. and going public. Boxed estimates that fiscal year 2022 will result in total net revenue of $220 million to $245 million, reflecting a range of 24% to 38% year-over-year growth.

New York-based Boxed operates an e-commerce retail service that provides bulk pantry consumables to businesses and household customers, without the requirement of a “big-box” store membership. The service is powered by the company’s own purpose-built storefront, marketplace, analytics, fulfillment, advertising and robotics technologies. Boxed further enables e-commerce through its software and services business, which offers customers in need of an enterprise-level e-commerce platform access to its end-to-end technology.