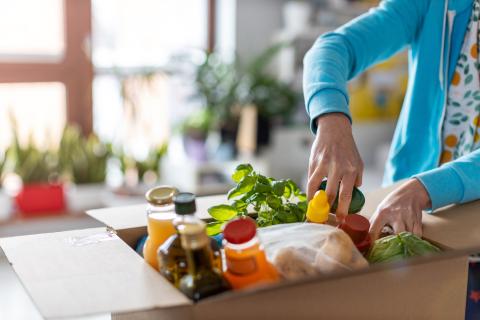 Through an acquisition of New York-based MaxDelivery, Boxed will expand its fast-delivery model to other parts of the country.

Online wholesale retailer Boxed is adding to its services with the acquisition of MaxDelivery, one of the first on-demand grocery delivery businesses in New York. The move allows Boxed, which built its business in selling bulk consumables and licensing e-commerce software to enterprise retailers, to expand its offerings and boost its rapid-delivery infrastructure.

Part of the appeal of MaxDelivery is its average high order value of about $100. Founded in 2004, the company also has a roster of full-time versus contract employees who have enhanced the company's reputation for consistent, quality service.

“This acquisition of MaxDelivery will mark our entry point into the rapidly growing fast-grocery delivery space, in addition to broadening our capabilities in micro dark-store fulfillment and fresh supply chain. Boxed customers have expressed how they value fresh groceries and we are excited to be able to deliver a more comprehensive product offering while benefiting from a complimentary business model with similarly high average order values as Boxed,” said Chieh Huang, co-founder and CEO of Boxed.

It’s been a year of change and growth for Boxed, which announced plans this past summer to become a public company listed on the New York Stock Exchange. Following an agreement with Seven Oaks Acquisition Corp., the company will be known as Boxed, Inc.