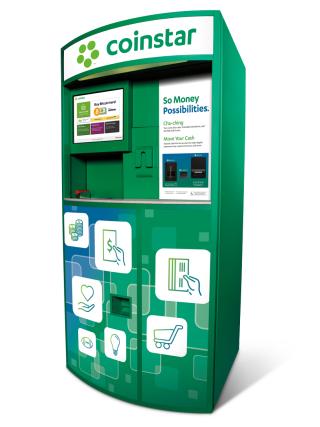 With a total of 29 retail locations in Vermont at Tops, Shaw’s and Hannaford Supermarkets stores, Vermonters will have easy access to bitcoin in their local communities.

“’Freedom and Unity’ is the official motto of Vermont and a perfect embodiment of why bitcoin was established,” said Neil Bergquist, CEO of Seattle-based Coinme. “Cash access to cryptocurrencies offers an opportunity for financial freedom to those that would not otherwise have it. Trusted and easy-to-use on-ramps like the ones Coinme provides are critical for the widespread adoption of digital currencies.”

Coinme introduced the first state-licensed bitcoin ATM in the United States in 2014, and since then consumers have had convenient access to the cryptocurrency at thousands of locations, including local grocery stores.

“With Coinme, we are providing a vital bridge for people to participate in the digital economy,” said Jim Gaherity, CEO of Bellevue, Wash.-based Coinstar. “We’re excited to continue our partnership and build upon our existing footprint to bitcoin-enable even more Coinstar kiosks across the country.”

Coinstar kiosks allow customers to purchase bitcoin easily, with the transaction done in four simple steps. Customers will first have to create an account, find a Coinstar kiosk nearby and insert cash into the kiosk, whereupon they can redeem and receive bitcoin instantly. The only things required are a valid mobile phone number, a driver’s license or state ID card, and cash in U.S. dollars.

The kiosks have also rolled out at Carrs and Safeway stores in Alaska and Southeastern Grocers banners across Florida in such cities as Jacksonville, Miami, Orlando and Tampa.

Scarborough, Maine-based Hannaford operates 184 stores in five Northeast states, employing nearly 30,000 associates. Its parent company Ahold Delhaize USA, a division of Zaandam, Netherlands-based Ahold Delhaize, is No. 10 on The PG 100, Progressive Grocer’s 2021 list of the top food and consumables retailers in North America. West Bridgewater, Mass.-based Shaw’s, with 150 stores throughout New England is a banner of Boise, Idaho-based Albertsons Cos., which is No. 8 on The PG 100. Williamsville, N.Y.-based Tops Markets LLC, which operates 157 supermarkets, with five additional franchise stores, and employs 15,000 associates in New York, northern Pennsylvania and western Vermont, is No. 66 on PG’s list.