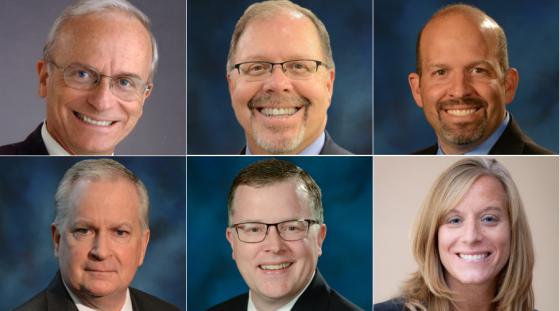 According to the board of directors of Springfield, Mass.-based Big Y Foods Inc., Donald H. D’Amour, the company’s chairman and CEO, is transitioning from the day-to-day responsibilities of his role to become an advisor to the board in his new position of as chairman emeritus.

CEO of Big Y since 1980, Donald D’Amour succeeded his father, company co-founder Paul D’Amour, as chairman of the board in 1997.

Charles L. D’Amour, son of co-founder Gerald D’Amour, will remain as president, a role he’s held since 2006. To allow for a smooth transition, however, he has been appointed CEO, in which capacity he will help guide the overall strategic direction of Big Y, along with the company’s vision and mission. As he provides overall leadership and oversight, the key departments of finance, legal, real estate and development, employee services, and information resources technology will report directly to him.

The company’s senior leadership team also saw the following changes, which like the ones noted above, became effective Jan. 1:

“Our company continues to grow and evolve, and we are always developing opportunities to better serve our customers in the communities where we operate,” noted Donald D’Amour. “Ushering in strategic change requires a dedicated group of professionals and leaders such as this team, which is at the vanguard of the most innovative thinking in our industry. I’m proud of this seasoned, well-respected team that is well poised to lead our company now and into the future.”

In revealing the executive moves, the company’s board noted, “These changes align with the enterprise’s expanding business activities and the dynamic shifts that are occurring within the supermarket, convenience and retail liquor industries.”

One of the largest independently owned supermarket chains in New England, Big Y operates 82 locations throughout Massachusetts and Connecticut, including 71 supermarkets, 40 pharmacies, Fresh Acres Market, Table & Vine Fine Wines and Liquors, and nine Big Y Express Gas and Convenience locations, with more than 11,000 employees. The family-owned and –operated company is No. 37 on Progressive Grocer’s 2018 Super 50 list of the top grocers in the United States.