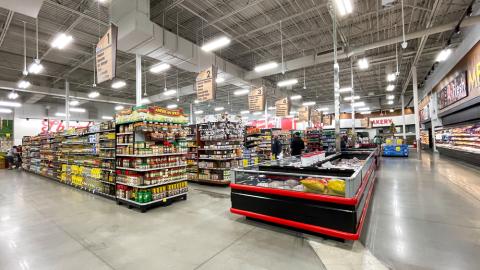 If there’s one thing that should concern grocers large and small, it’s the introduction of new business models from upstart competitors that aren’t concerned about irregularities in the playing field.

Is the grocery industry fair? Every industry has winners and losers, but there are those who believe food retailing has become uncompetitive and that smaller retailers are disadvantaged by larger chains that abuse their power.

There is some truth to this, and it’s a great time to make such an argument, as the election of Joe Biden as president shifted the political winds, the regulatory climate and the view of big business in the nation’s capital. Recognizing this, in March, the National Grocers Association (NGA) launched a scathing attack on Big Grocery by publishing a white paper asserting that big-box stores and e-commerce giants have used their dominance in the grocery market to gain special treatment and disadvantage independent competitors.

Independent grocers have been feeling the financial squeeze of the anticompetitive and illegal tactics of Big Grocery for years, NGA President and CEO Greg Ferrara noted at the time. However, as the rhetoric has been ratcheted up in the long-running battle, the questions become whether independent grocery can win, what would winning look like, and who is the real enemy?

So far, winning looks like getting the message out and finding a receptive ear among progressive politicians. That’s what happened on July 9, when President Biden signed the “Executive Order on Promoting Competition in the American Economy.” One of the ways it purports to do so, and another win for NGA, is to include the food retailing sector among the 72 areas to be explored for antitrust violations.

Under the auspices of improving farmers’ and smaller food processors’ access to retail markets, the order calls for the creation of a report no later than 300 days after the signing of the order. The report will look at “the effect of retail concentration and retailers’ practices on the conditions of competition in the food industries, including any practices that may violate the Federal Trade Commission Act, the Robinson-Patman Act, or other relevant laws.”

So now what happens? It seems likely that the food retailing industry could soon see the spectacle of a Big Grocery hearing. Picture top executives from chains such as Walmart, Kroger, Dollar General, Albertsons and Costco seated in a row similar to top executives from Big Tech, Big Tobacco and Big Pharma.

Hostile lawmakers would land some solid blows at such a hearing, because leverage with suppliers is an undisputed advantage of scale. However, a victory for independent grocery wouldn’t be clear-cut, because big grocery also has a good story to tell about access to affordable food, job creation and career opportunities, social justice initiatives, and sustainability.

The fairness of the grocery industry can be debated from many angles, and independent grocers have their share of size-related advantages. However, if there’s one thing that should concern grocers large and small, it’s the introduction of new business models from upstart competitors that aren’t concerned about irregularities in the playing field. These food retailing alternatives have made the industry more competitive and more fragmented than ever, assuming one looks at competition more broadly than Big Grocery versus independent grocery.