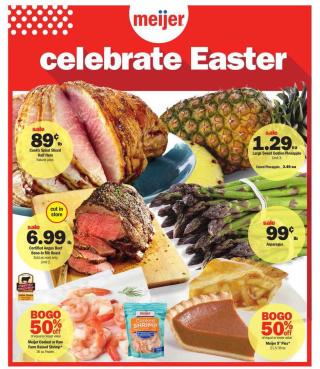 As demand has been anything but normal, grocers are much more focused on keeping store shelves stocked than getting additional shoppers into already crowded stores. Promotions planned weeks ago seem obsolete, thanks to fluctuating quantities, and the advertisements could be misleading.

The news came a day before the mass merchant dropped its April 5 circular, which at four pages was much shorter than the usual 10-to-20-page Sunday tab.

For its part, Minneapolis-based Target stopped producing a print ad on March 29, communicating the change is temporary in an April 5 email blast and on the covers of its March 29 and April 5 digital circulars.

These grocers aren't the only ones making changes to their sales programs, and some retailers, like Lakeland, Fla.-based Publix Super Markets, are continuing to deploy their circulars with a new approach. Read more on circular activity from Progressive Grocer's sister brand Path to Purchase IQ.