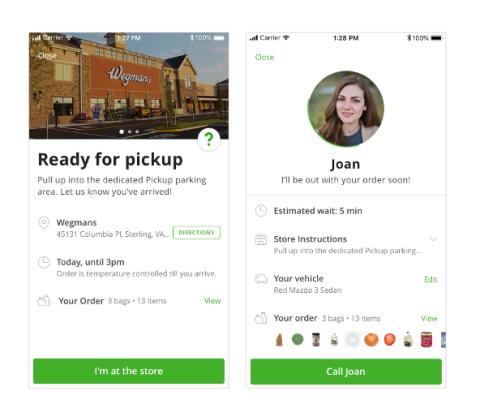 More than 10 retailers nationwide are adding a click-and-collect option to their grocery ecommerce program through a new service from Instacart – the same day Amazon announced expansion of its own pickup service from Whole Foods stores via Prime Now.

Publix, Sprouts, Smart & Final, Wegmans, Aldi, Schnucks, Food Lion, Tops, Price Chopper and Cub Foods, among other top grocers, are introducing the new service through Instacart Pickup, which piloted a multi-month program that received strong positive response from shoppers at the chains. The San Francisco-based grocery technology company will continue working with existing and new retail partners to add the option at stores nationwide through the rest of the year and 2019.

Currently, nearly 200 stores across 25 major markets – including San Francisco; Atlanta; Nashville; Boston; Charlotte, N.C.; and Washington, D.C. – are signed on to offer the service, which is free for Instacart Express members. Instacart customers in these areas can shop online or through the mobile app for fresh produce, meat, seafood and other essentials from local grocers involved, place their orders and, after driving to their local store, have groceries loaded into their cars upon arrival by a personal shopper or retailer employee.

"In our house, sometimes the ritual of going to the grocery store is inspiring and helps us meal plan for the week. Other times, we’re busy and can’t get to the store, so delivery makes life easier for us," said Nilam Ganenthiran, chief business officer at Instacart. "For families that are out and about and running errands, a pickup solution might be a better fit for their family rhythm."

Amazon launched click-and-collect via Prime Now at Whole Foods stores in August and has expanded it to 22 cities, with further plans to continue expansion. Service began in Sacramento, Calif., and Virginia Beach, Va., and has since grown to such areas as Ft. Worth, Texas; Kennesaw, Ga.; Richmond, Va.; Boise; Las Vegas; San Diego; and Jacksonville, Tampa and West Palm Beach, Fla. among others.

Through both delivery and pickup, Instacart is currently accessible to more than 70 percent of U.S. households across all 50 states, as well as half of Canadian households.