The busy show floor at Alimentaria 2018, held in Barcelona, Spain

My first trip to Alimentaria, the world-famous international food and wine event held biannually in Barcelona, Spain, was a dizzying whirlwind that blew me past innumerable exhibits on the vast show floor (encompassing several sections and levels of the sprawling Fira Gran Via Venue), from which I was able to grab a stunning array of tasty samples of all sorts of products: crunchy snacks, delectable almond-studded chocolates, pungent cheeses, croquettes with various fillings – even a perfectly cooked mini hamburger on a bun.

Alongside the exotic products not likely to appeal to mainstream U.S. consumers – will there ever be a market for caviar-flavored potato chips in this neck of the woods? – and the ubiquitous hanging pigs’ legs emblematic of Spaniards’ abiding love of ham, however, were indications that consumers in Europe and beyond share many of the same concerns as shoppers right here at home.

A Spanish exhibitor at the show told me that two big emerging trends he was seeing were “bio” (a general European term for “organic”) and gluten-free, the latter of which, he noted, was sought out not only by those suffering from celiac disease, but also by those, like himself, who believe it to be better for the digestion. As he was a purveyor of gluten-free flours, this could have been a self-serving assertion, but the evidence appeared to bear him out: There were multiple gluten-free food producers at the show.

Likewise, bio/organic was well represented among the exhibits, applied to products ranging from wine to olive oil to honey to preserves to dried fruits to nuts to baking mixes to ready-to-drink teas. Given this interest, no wonder that Spain is touting the fact that it has more land dedicated to organic farming than any other country in the European Union and enjoys a thriving market in such foods, with signs on the show floor touting “bio, eco [and] orgánico” products as “más que verde” (“more than green”).

Also on hand were a variety of free-from, clean-ingredient, plant-based, protein-rich and other better-for-you options.

All of these offerings revealed that European consumers share the same concerns as Americans about what they put into their bodies, not only from a health standpoint, but also in terms of environmental friendliness. While certain currents within these larger trends may move faster on one continent than another – for instance, the non-GMO crusade was ramping up Europe while most Americans were barely aware of the concept, while U.S. shoppers seem farther along the gluten-free awareness and adoption path than their counterparts across the Atlantic – the range of products addressing these issues at Alimentaria show that consumers on both sides of the pond are mainly on the same page when it comes to the motivations behind their food and beverage choices. 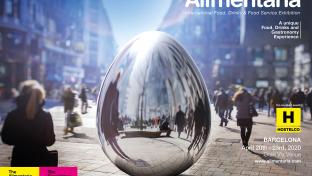 Deli / Prepared Foods
Alimentaria 2020: Where to Taste the Future of Food 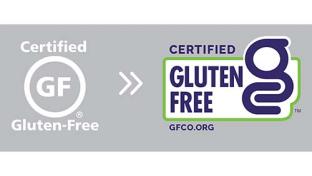 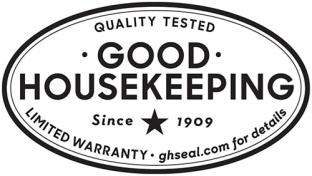