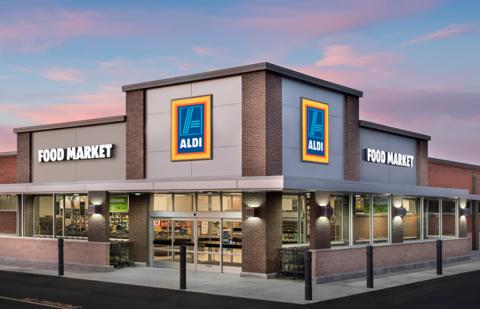 Aldi’s U.S. stores have implemented, in their meat and poultry departments, shelf liners produced with the aid of technology from Parx Plastics N.V.

According to Rotterdam, Netherlands-basedParx, its technology has already been thoroughly tested in the drainage systems of freezers and refrigerators in U.K. supermarkets, where it provided a sustainable anti-clogging solution, preventing the buildup in supermarket display cases of a bacteria called pseudomonas, thereby saving supermarket chains the expense and disruption associated with blocked drains.

Additionally, freezers and refrigerators are notorious for collecting food particles and must be cleaned out regularly, a task that can be made easier by installing shelf liners. These easy-to-remove liners cover the entire shelf and often interlock to fully cover the shelf surface; when taken out, they can be cleaned and washed off, making for a much simpler process than dismantling and cleaning the refrigerator’s shelves.

Another serious concern of retailers is that bacteria that gets on food packaging can be passed on through shopping cart handles, shopping bags, and the like, and in that way be transferred to other foods. Making sure that cross-contamination from one package on the shelf to another package is prevented is top of mind for retailers. Shelf liners can also help reduce the incidence of cross-contamination.

Parx’s technology is integrated into the manufacturing process of the extruded sheets, from which Aldi’s shelf liners are fashioned, and have the ability to prevent adhesion of biofilm and bacteria. The technology has created a surface with a built-in defense mechanism against adherent cells, ensuring that the surfaces stay cleaner for a longer period of time.

The plastic company’s goal in developing the technology was to copy the human immune system, which greatly relies on trace elements. Adding a trace element to polymers through an innovative method produced unique characteristics mimicking the characteristics of human skin. Recognized in its early stages by the European Commission, the technology has also received recognition in the United States, receiving a World Technology Award in the materials category.

“By adopting this technology, [Aldi] is taking a leading position with its stores in the U.S.,” Parx noted. “[I]t has selected the cleanest and safest solution … available today, securing the utmost hygiene in [its] stores."

Operating around 1,900 stores in 35 states, Batavia, Ill.-based Aldi US is No. 9 on Progressive Grocer’s Super 50 list of the top grocers in the United States.