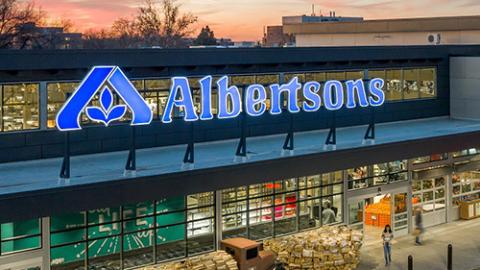 Albertsons will pause all social media advertisements during the month of July and work with the platforms to help combat hate speech and misinformation.

Albertsons Cos. is again weighing in on current events in the United States, this time with a written statement to the communities it serves. The statement emphasizes three of the retailer's stated core values — courtesy, dignity and respect — and reads, in part:

"As a company, we have committed to holding courageous conversations that reflect our genuine desire to boldly face inequity and injustice head-on. While these are difficult discussions, they have proved constructive by extending a spirit of courtesy, dignity and respect to all who participate.

"These conversations are happening in our society at large as well — often online. Frankly, we think these environments could benefit from more courtesy, dignity and respect. It is incumbent on social media platforms to take more responsibility for the climate they foster. That includes taking bold steps to combat hate speech and misinformation, and having better support for targeted users."

Albertsons is also taking action by pausing all social media advertisements during the month of July and working with the platforms to "identify, develop and implement necessary changes."

Earlier this month, Albertsons committed $5 million to social justice organizations as well as those on the front lines of the fight for equality. Some of the organizations to receive this monetary donation included the NAACP Legal Defense and Education Fund, the National Urban League and the grocery chain’s African American Associate Resource Group.