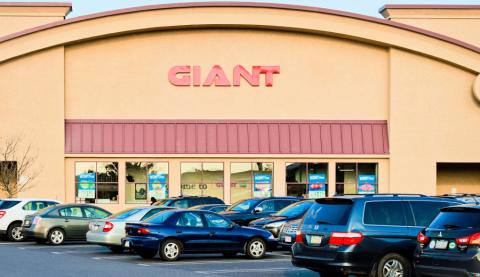 Ahold USA is testing a new type of robot that strolls the store checking shelf stock and tags, and scanning for floor hazards that may cause someone to slip or trip, according to news site PennLive.com.

The slender, gray robot, named Marty, is developed by Lexington, Ky.-based Badger Technologies, and is being tested in a Giant Food Stores location in Lower Paxton Township, Pa., the news outlet reported. It scans for floor hazards that could cause someone to slip or trip, while also checking for out-of-stocks on shelves and scanning price tags.

Wearing googly eyes, the robot strolls around the store several times a day – starting in the beer and wine café and making its way through produce and over to the meat department – with internal scanners keeping it from bumping into obstacles, PennLive.com said. The work Marty performs is assistant work – not associates’ work – so it is not intended to replace employees.

By 2018, Ahold USA plans to have an expanded pilot program, growing to 12 robots operating in its Stop & Shop, Giant Food Stores and Giant Food of Maryland locations, the news site stated.

To date, grocers have relied on IT systems and manual labor for product availability, which can be costly and inaccurate. Some 70 percent of retailers are said to have rated themselves “average” or “below average” in regard to inventory management, research from the Boston-based Aberdeen Group reveals.