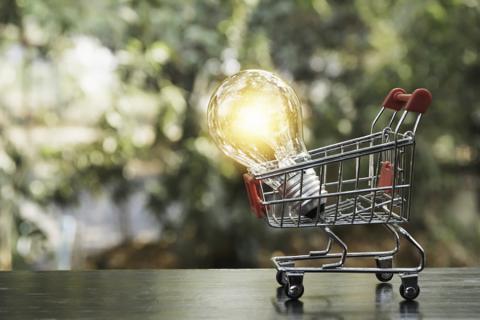 The grocery industry faces a number of disruptions, including the rise of plant-based products and online grocery shopping, which will require a new kind of leadership

The grocery sector is the poster child for the consumer- and technology-driven disruption that no longer occurs in isolated events, but rather, is constant. Recently, we conducted research on leadership across industries, which may point to ways successful CEOs can navigate these relentless changes. Looking at a few of the diverse ways disruption is showing up in the grocery sector, our research suggested that a very different model of leadership is going to be needed to become “undisruptable.”

A number of less visible forces are creating tectonic shifts in grocery. For example, who’d have thought that the health craze would get to the point where the very soul of American food, the hamburger, would be disrupted? Yet it’s estimated that demand for beef could drop by 30 percent over the next 20 years, the replacement being plant-based meats that are healthier, more eco- and animal-friendly, and less perishable. Suddenly a deeply established sector faces a threat from startups that are developing plant-based meat products, and grocers should adjust their thinking in regard to this event.

Looking at another macro disruptor, research has shown that the majority of 16-year-olds would prefer to be on their phones than driving cars. This suggests that rather than driving to stores to shop, this generation would prefer to order groceries online and wait for delivery. Directly or indirectly, we’re seeing an uptick in online grocery shopping and a concomitant delivery imperative. Even as grocers grapple with how to excel at delivery, this disruptive broad trend calls leaders to examine the problem with new eyes.

Grocery faces a number of other disruptions, from threats to global supply to a radically changing consumer base. Those in the industry are already grappling with many of the known threats.

Our recent research looked at how leadership might be able to approach these turbulent times. The CEOs we spoke with aspired to attitudinal changes that can yield a new model of leadership to face these colossal challenges.Can grocery leadership evolve toward undisruptability?

After decades of unquestioningly buying uniform center-aisle consumer packaged goods, consumers are demanding a much more personalized assortment. Sixty-five percent of consumers now purchase specialty foods, amounting to $140 billion, or roughly 16 percent of the total food industry market, according to a recent report, “State of the Specialty Food Industry 2018.”

To better understand the all-powerful consumer’s tastes and changing demands, the CEOs we’ve spoken with described the paramountcy of becoming the ultimate end-user ethnographerof the customer — one of the key aspirational attributes of undisruptability. For the grocery CEO, this can mean possessing deep empathy for the customer, and craving insight into their most subtle habits and desires. Consider one such example: Procter & Gamble’s former CEO, A.G. Lafley, who, decades ago, actually visited the basements of P&G customers and noticed that none of them opened their boxes of laundry detergent with their hands, but rather used any tool they could find, all the while telling P&G representatives that they liked the packaging. This deeper understanding of the customer’s behavior led to a revolution in package design.

Grocery leaders should still appeal to loyal and longtime customers while reorienting their business to massive changes. Another keystone characteristic of undisruptability discussed by the CEOs we interviewed is a willingness toembrace thisduality, which we describe as ambidexterity. To be undisruptable, you must continue striving to retain current customers while effecting the changes needed to attract new and different ones.

Consider the move toward meatless meat discussed above. The huge consumer base for beef isn’t likely to be going away anytime soon, but in the meantime, significant market share is moving toward ecological plant-based meat substitutes. For grocery leaders, embracing ambidexterity means to relentlessly execute and optimize efficiency strategies in regard to traditional categories that have been working for decades, while simultaneously exploring or reinventing a new or significantly modified business model.

Within the grocery segment, market patterns are so volatile that addressing them calls for nimble maneuvering. We describe this aspirational ability of our CEO subjects as mastering disruptive jujitsu. This posture may entail rapidly sizing up a competitor’s unique approach and using it against them. It may involve adopting an emerging trend from a completely different industry and applying it to one’s advantage. As mentioned above, fewer young people are driving cars, which contributes to a need for ever-smarter grocery delivery services. This is an example of how a potentially threatening pattern could be recognized and turned into competitive advantage.

There’s a paradox within the ability to achieve composure amid market turmoil, a sense of fearlessness that allows the undisruptable CEO to infuse thoughtfully placed chaos into the organization to catalyze positive change. The CEOs we spoke with recognize that with the possibility of failure, there’s also the opportunity to learn and forge a new way forward. Grocery can’t completely “check out” from disruption’s effects, but perhaps CEOs could consider taking a new attitude toward food industry challenges — identifying strengths and improving organizational weaknesses that can help them thrive and keep pace with the consumer.