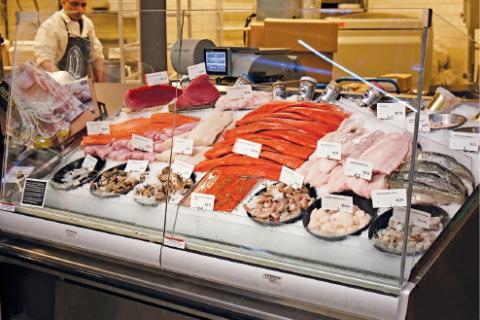 As a triple-bottom-line company, PCC Community Markets is focused on the social, environmental and financial impacts of its business decisions. In 2018, the co-op rolled out a set of five-year sustainability goals that included reducing energy and water use, purchasing renewable energy, donating 1 million meals, and achieving a net carbon-positive store operation.

“What’s really cool is that in 2018, we achieved our 100 percent renewable-energy goal, so our stores are powered by renewable- energy credits, which is really exciting,” enthuses Brenna Davis, VP of social and environmental sustainability.

PCC also committed to improving the welfare of chickens raised for consumption, by joining the Better Chicken Initiative (BCI) and the Joint Animal Protection Organization Statement on Broiler Chicken Welfare. “We worked with Compassion in World Farming to develop a policy to make sure that all of the chickens in our supply chain, including frozen and prepared foods, are treated humanely,” Davis adds.

The stores also stopped carrying Chinook salmon, the main food source for a distressed colony of orcas in the Puget Sound. This was “an effort to raise awareness about the orcas, but also to minimize the environmental impact of our seafood offerings,” she says.

Last year, PCC further revealed that all of the delis in its 11 locations would eliminate petroleum-based plastic and replace it with biodegradable compostable containers by 2022. Plastic is a global concern among consumers, and Davis notes that the co-op is prioritizing the packaging switch that will have the most impact. “We think that investing in sustainable packaging is an investment that is worth the money,” she asserts.

As for the future, PCC is planning an awareness campaign for the 50th anniversary of Earth Day in 2020, and will pursue green building certifications for its new stores.