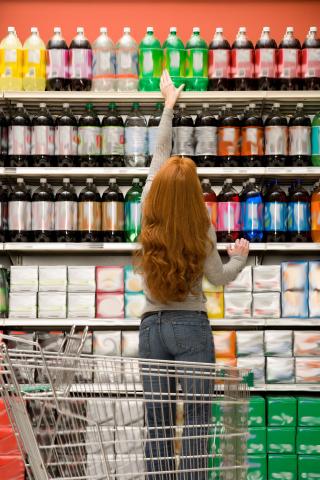 The tax proposal in Washington state would increase the cost of a 12-ounce can of regular soda by 21 cents for consumers.

Both Rhode Island and Washington are considering enacting taxes on sugary beverages.

Sugar-sweetened beverages, which include calorically sweetened sodas, energy and sports drinks, coffees, teas and fruit drinks, are the primary source of added sugars in the U.S. diet, increasing the risk of cardiometabolic diseases.

And now these measures are being introduced at the state level.

As reported by SeattlePI, the tax proposal by Washington state lawmakers would charge beverage distributors 1.75 cents for every ounce of a soda, juice or sweetened coffee drink that has more than 20 calories in a 12-ounce (340-gram) serving.

While the measure would increase the cost of a 12-ounce can of regular soda by 21 cents for consumers, the funds raised by the tax would support public health programs and raise money for what backers called a health equity account for communities of color.

Meanwhile, WPRI12 reports Rhode Island is considering a 1.5 cent per ounce tax on sugar-sweetened beverages to be used as a funding mechanism enabling Supplemental Nutrition Assistance Program (SNAP) recipients to receive a 50% reduction on the cost of fresh produce in grocery stores to help address food insecurity.

The University of Rhode Island, along with the Rhode Island Public Health Institute and Grow Smart Rhode Island, is hosting a virtual conference on Feb. 24 to examine food insecurity in the state and will feature state legislators and other experts who will talk about the benefits they believe a sugary drinks tax could provide.

For years, beverage companies and retailers have spoken out against these tax measures, which they say could cause layoffs and declines in business.

In fact, according to a 2017 study from St. Petersburg, Florida.-based personalized digital media company Catalina, Philadelphia’s sweetened-beverage tax led to a “staggering” 55% decline in carbonated soft-drink sales within the city, while sales of the same beverages just outside of Philadelphia ballooned by 38%.