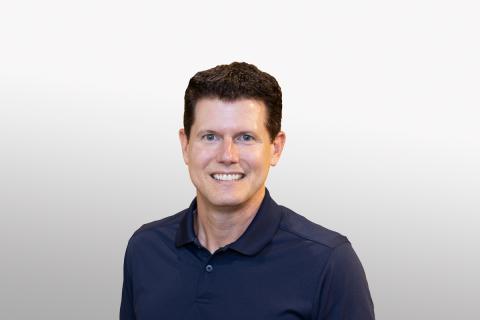 Jason Buechel joined Whole Foods in 2013 as global VP and chief information officer and was promoted in 2015 to EVP before being named COO in 2019.

The next evolution of Whole Foods Market as a grocer has arrived.

The company's co-founder and CEO John Mackey announced Thursday that he is retiring, and taking his place as CEO will be Chief Operating Officer Jason Buechel.

In an emotional letter posted on the company's website, Mackey said it's "time to begin to transition my role as CEO to the next generation of leadership. I have thought long and hard about this, and while it is still surreal to write, I have decided to retire on Sept. 1, 2022."

The natural foods retailer, co-founded 43 years ago by Mackey in Austin, Texas, has been credited with revolutionizing the grocery industry with its mission-based food retail business model. The grocer, which last year had annual sales of more than $16 billion, aims to win by focusing on hyper-local store design and merchandising, doubling down on its bottom-up leadership style, and continuing to expand its 528-store footprint.

"As a co-founder of Whole Foods, I’ve often explained my relationship to the company with a parent-child metaphor," Mackey said. "As a parent, I have always loved Whole Foods with all my heart. I have done my best to instill strong values, a clear sense of higher purpose beyond profits, and a loving culture that allows the company and all our interdependent stakeholders to flourish. All parents reach a time when they must let go and trust that the values imparted will live on within their children.  That time has nearly come for me and for Whole Foods."

In the letter, Mackey describes incoming CEO Buechel as "a true servant leader and champion of Whole Foods’ culture and values, and he will lead the company into the future. Jason was my personal choice to replace me as the CEO and I’m pleased Amazon leadership agreed that he is the right person for the role."

Buechel joined Whole Foods in 2013 as global VP and chief information officer and was promoted in 2015 to EVP before being named COO in 2019. In addition to being responsible for the operations of all WFM stores and facilities, he also currently oversees technology, supply chain and distribution, and Team Member Services.

"Jason is one of my most trusted partners and I’m incredibly confident that the company will continue to evolve and thrive under his leadership. Jason has a number of very special qualities that will help him succeed as our next CEO. Not only is he extraordinarily intelligent with unusually high integrity, he is also a servant leader who lives and embodies Whole Foods Core Values and Leadership Principles and is fundamentally just a good and loving person," Mackey said.

Amazon says it is hearing from shoppers across its grocery ecosystem that they want to skip the hassle, stress and pandemic-unfriendly crowding associated with checkout lanes.

Amazon's JWO announcement came a few weeks after the company named Tesco veteran Tony Hoggett to run its physical stores. Hoggett had been with Tesco, the UK's biggest food retailer, for more than 31 years and was chief strategy and innovation director. Hoggett will join Amazon in January 2022 as SVP of physical stores, reporting to Dave Clark, chief executive of its worldwide consumer business.

"As I reflect on our company’s history and impact on the world, I am inspired, exceptionally proud, and a little overwhelmed. The success of Whole Foods Market has created tremendous value for all our stakeholders, including our customers, Team Members, suppliers, investors, and our communities. Working together, we have helped tens of millions of people live healthier lives and it is not an exaggeration to say that Whole Foods has impacted very positively the way many people in America and around the world eat," Mackey said.

Austin, Texas-based Whole Foods has more than 500 stores in the United States, Canada and the United Kingdom. The grocer is No. 26 on The PG 100 list, Progressive Grocer’s 2021 list of the top food and consumables retailers in North America, while Whole Foods' parent company, Seattle-based Amazon, is No. 2 on PG’s list.