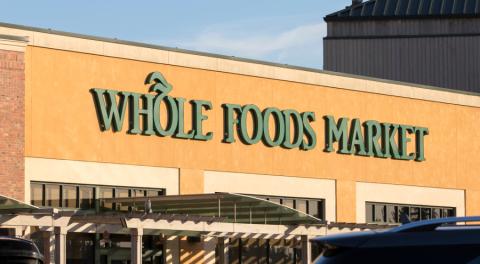 Amazon Prime members in those cities can now use the ecommerce service for such bestselling items as fresh produce, high-quality meat and seafood, everyday staples and other locally sourced items from Whole Foods, all for delivery in as little as an hour. The service launched earlier this year and will continue expanding nationwide throughout 2018.

“We’ve been delighted with the customer response to delivery in as little as an hour through Prime Now, and we’re excited to bring the service to our customers in Chicago, Houston, Indianapolis, Minneapolis and San Antonio,” said Christina Minardi, Whole Foods Market EVP of operations. “Today’s announcement is another way that we are continuing to expand access to our high-quality products and locally-sourced favorites.”

The further expansion of online grocery delivery from Whole Foods via Prime Now continues Amazon's expansion as a threat to grocers nationwide through its Prime program. Yesterday, Whole Foods completed the nationwide rollout of its rewards program based around Prime, offering members special deals on select items across the store along with an additional 10 percent off hundreds of sale items storewide. Prime members who shop online through Whole Foods stores via Prime Now can also enjoy the same deals.

According to Amazon Prime VP Cem Sibay, Prime members have adopted the new perks at “one of the fastest rates” he has seen since the rollout began in mid-May. Since then, members have saved millions of dollars on products.

Amazon, as Whole Foods Market, comes in at No. 8 on Progressive Grocer's Super 50 list of the the 50 top grocers in the United States, reporting $15.7 billion in sales for its most recent full fiscal year.