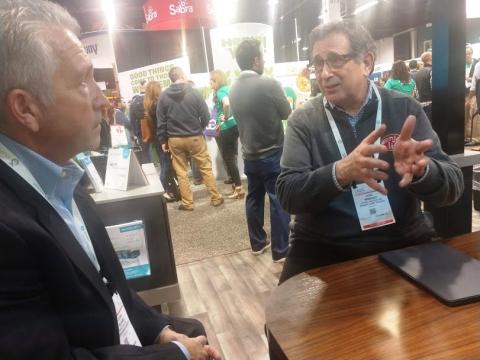 As expected, there were plenty of CBD products at this year’s National Products Expo West, from foods and beverages to health and beauty items.

The industry still has to play catch-up in telling the story behind CBD and its purported benefits, and retailers are still sorting out what’s what to best deliver what consumers want, amid varying regional demands and local regulations.

Also continuing to grow is the passion that goes into the development of the hundreds of brands and products on display – so many stories and personal missions that drive the launching of innovative products meeting specific needs for taste and nutrition.

Case in point: Boulder, Colo.-based Kim & Jake’s Gluten Free Bakery, whose bread, cookies and cakes came to be after co-owner Jake Rosenbarger discovered he had celiac disease. “We felt like [gluten-free baked goods] were really missing from the market when I got my diagnosis,” Rosenbarger, who founded the business with his wife, told me.

For Tempe, Ariz.-based Spinato’s, the journey toward creating a gluten-free pizza for the retail market began in the family’s Italian restaurant, where patrons began asking for the option in greater numbers, and a menu item evolved into a frozen retail product. To differentiate from the cauliflower crusts dominating the market, Spinato’s crust is made from broccoli.

“We even give you a video on how to cook the pizza perfectly,” said Todd Niezgodzki of Spinato’s, pointing out a QR code on the packaging.

The folks behind Second Line pea-based snack puffs, in New Orleans, are involved with community youth nutrition programs, declaring their product to be “snacks with a purpose.”

Dallas-based Purpose Tea pays a premium for the Kenyan purple tea for its RTD beverages to help the locals, predominantly women, who harvest their product. The company donates 5 percent of its profits to financial management, nutrition and gender equity programs, as well as scholarships for workers’ children, Purpose founder Chi Nguyen told me.

And Gina Stryker, visiting this year’s expo but not exhibiting her Gina Cucina line of premium refrigerated soups in glass jars, has made fighting human trafficking the mission behind her brand, from shelf tags to personally lecturing shippers on how to combat the crime.

A commitment to wellness is a common thread. Brent Willis, CEO of Denver-based New Age Beverages, makers of CBD-infused Marley drinks, Xing craft brew tea and Bucha Live kombucha, said that his company aims to “inspire and educate the planet to live healthy.”

The La Farge, Wis.-based cooperative Organic Valley aims to boost the integrity of grass-fed dairy with its certification program. The co-op's Certified Grass-Fed Dairy seal is meant to eliminate confusion in the marketplace and educate consumers on the rigorous farming practices behind grass-fed dairy production.

To date, as many as 400 dairy farms are certified to use the seal, which is expected to start appearing on product packaging this spring, the cooperative revealed in a morning press conference during Expo West. Grocers are considered a key partner in the process of educating consumers. “Retailers need to be the gatekeepers,” said Organic Valley CEO George Siemon. (Organic Valley also displayed its FUEL high-protein milk shakes at the expo, which offer 20 grams of protein per serving and include a new coffee flavor.)

Meanwhile, trumpeting a sustainability message, the Juneau-based Alaska Seafood Marketing Institute is promoting its Flip 2 Fish campaign, which suggests swapping fish for chicken or other proteins in traditional recipes. “It helps the retailer communicate simple ideas to the consumer,” said ASMI’s Tricia Sanguinetti, describing wild-caught seafood as “a great protein with very little environmental footprint compared to other proteins.” 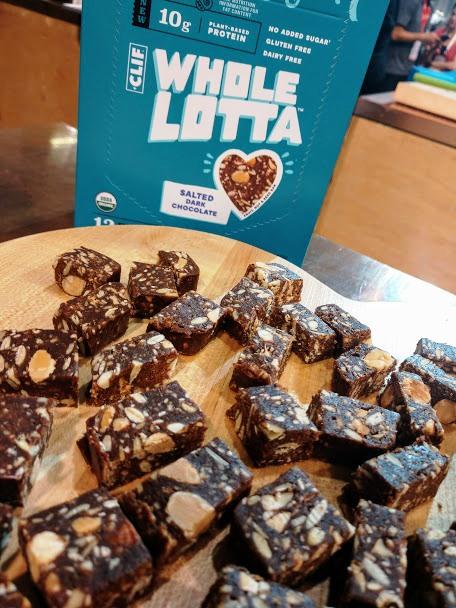 A seemingly endless array of products is displayed annually, and this year’s expo was no exception. Here’s some of what I managed to see and sample over two days at the show:

Brain Juice energy shots are designed to enhance mental clarity, with superfood and antioxidant ingredients, and B vitamins. 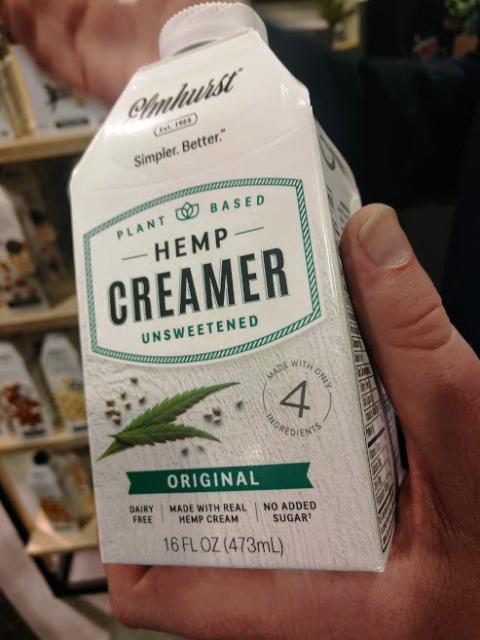 Elmhurst Milked offered samples of its nut milks, including peanut, cashew and walnut, and showed off its new hemp creamers, as well as its peanut-based protein shakes in 4-packs, offering 20 grams of protein per serving, plus its new Milked Oats, an oat milk claiming 20 grams of whole grains.

Fody displayed its line of low-FODMAP foods designed for people with irritable bowel syndrome, including pasta sauces and dressings.

Madrinas cold-brew coffee drinks, in Dark Roast and Vanilla Cappuccino varieties, contain twice the caffeine of regular coffee and boast elaborate story-based artwork on each can. 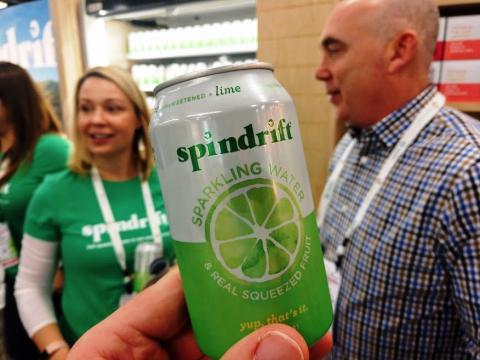 Nature’s Bakery showed off its rebranding, with new logo and packaging for its products, including the new Oatmeal Crumble snack bars, containing 14 grams of whole grains and 3 grams of fiber.

OrganiCare won a NEXTY for its FemiClear yeast infection treatment, the latest in its line of all-natural, antibiotic-free ointments.

Second Line offered its “snacks with a purpose” – pea-and-lentil snack puffs made with avocado oil and containing 8 grams of protein per serving, in flavors including Sweet Heat and Truffle Tosemary.