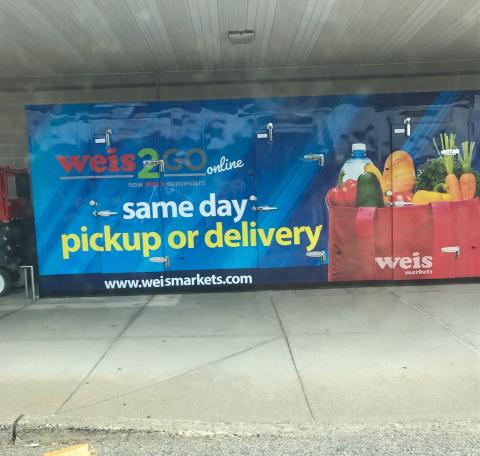 Weis Markets Inc. has big plans to sustain its growth in 2021 with the rollout of a $135 million cap ex program.

"Already this year, we've opened a new store in Martinsburg, W.V., and a remodeled store in Gap, Pa., which was closed for 18 months due to a fire," said Weis.

The reopened Gap store has a larger produce department, a new meal solution center, new décor and exterior, increased variety in the natural and organic sections, a larger pharmacy with a consultation room, and Weis 2 Go Online ordering with curbside pickup. All checkout lanes are either self-checkout or dual- use, meaning that they can be manned by cashiers during busy times and turned into self-checkout lanes during less busy times.

"We are currently finishing up work on two stores in the Lehigh Valley [of] Pennsylvania, which will open later this spring, and have started work on a new store in Warminster, Pa., our second in Bucks County," added Weis.

The retailer also has eight remodels and eight fuel centers planned for 2021. While all of these projects will begin in 2021, some may not be completed until 2022.

The grocer also posted record profits and comps during its fourth quarter, helped by consumers cooking a lot more meat and seafood at home. During the 13-week period ended Dec. 26, the company's sales increased 13.7% to $1 billion compared with the same period in 2019, while same-store sales increased 14.1%.

The board of directors declared a quarterly dividend of $.31 per share to shareholders of record as of May 10, payable on May 24.

During the annual shareholder meeting, Weis also made a point to recognize associates' efforts during the pandemic.

"We are awed by the efforts of those who work in retail, most especially our Weis associates who took care of our customers during challenging times," said Weis. "They are among the unsung heroes of the past year."

Sunbury, Pa.-based Weis Markets operates more than 190 stores in Pennsylvania, Maryland, Delaware, New Jersey, New York, West Virginia and Virginia. The company is No. 58 on The PG 100, Progressive Grocer’s 2020 list of the top food and consumables retailers in North America.