The Brooklyn Navy Yard Development Corp. (BNYDC) and Steiner NYC LLC have revealed plans to include a Wegmans Food Markets Inc. store as a major component of a $140 million redevelopment project at the industrial park. The 74,000-square-foot store would be the first in the Rochester, N.Y.-based supermarket chain to open within New York City’s five boroughs.

The Admirals Row development, which will also feature new manufacturing space and a community facility, is anticipated to create more than 1,200 permanent jobs, including an initial 450 positions to be filled by Wegmans, 150 of them full-time. Wegmans will spend more than $2 million to recruit and train its workforce, with plans to use BNYDC’s Employment Center to recruit area residents for jobs. The grocer has also committed $150,000 over three years to work with BNYDC on community programs.

The store will serve the growing but underserved residential neighborhoods of Downtown Brooklyn, Fort Greene and Clinton Hill, all of which currently lack a high-quality, affordable supermarket.

"Our family started this company in 1916, and we built our business by always putting the needs of our employees first," said Danny Wegman, CEO of Wegmans, which operates 85 stores in New York, Pennsylvania, New Jersey, Virginia, Maryland and Massachusetts."Our employees are part of our family, and they are the reason for our success.” He noted that the new store would offer “the very best quality and selection, consistent low prices, and incredible customer service to the local and wider Brooklyn community."

"We've been very fortunate to have Wegmans stores in our shopping centers for many years," noted Steiner NYC Chairman Douglas C. Steiner. "Their workforce is treated right and has real opportunities for advancement. The result is that the employees are Wegmans' secret sauce — they're motivated to give customers a great shopping experience: great prices, great quality and great service. I guess that's why they employ twice as many people in their stores as their competition, which in turn means more jobs for the diverse local neighborhoods they serve."

The 300-acre Navy Yard is currently undergoing its largest expansion since World War II, with the goal of delivering more than 2 million square feet of new space and up to 9,000 additional jobs in the next five years.

A Wegmans spokeswoman told Progressive Grocer that the company didn't have a construction timeline or projected opening date for the Brooklyn store yet. 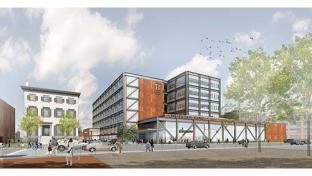 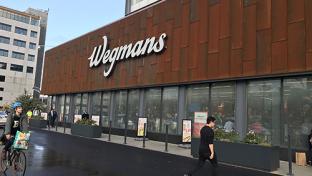 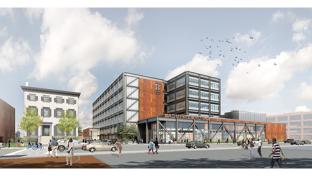 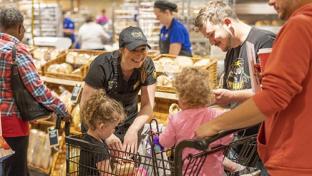 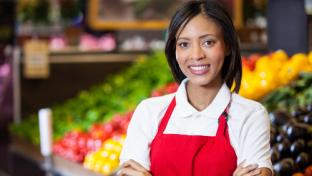