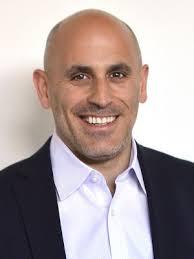 Marc Lore intends to retire from that job on Jan. 31, the retailer said in a U.S. Securities and Exchange Commission filing. He had held the job since Sept. 2016, after Walmart bought Jet.com, which Lore co-founded. He was awarded $250 million in stock options if he stuck around five years. His departure was widely expected.

Lore will continue to serve as a “strategic advisor to the company through Sept. 2021,” the filing said. “After Mr. Lore retires on Jan. 31, 2021, the U.S. business, including all the aspects of U.S. retail e-commerce, will continue to report to John Furner, Executive Vice President, President and Chief Executive Officer, Walmart U.S., beginning on Feb. 1, 2021.”

Walmart CEO Doug McMillon praised Lore in an email, according to CNBC.

“Marc’s leadership helped ensure we were positioned to respond to the demand driven by the pandemic this year,” McMillon said in the email. “All of this progress is the result of good work from a lot of people, of course, but Marc’s expertise and aggressiveness have been game changing. We have learned a lot from him. I have personally learned a lot from him.”

Lore might be leaving Walmart but he will continue to work with companies, he said in a post on his LinkedIn page.

“Reflecting on the past few years with so much pride — Walmart changed my life and the work we did together will keep changing the lives of customers for years to come,” he said. It has been an honor to be a part of the Walmart family and I look forward to providing advice and ideas in the future. Looking forward, I’ll be taking some time off and plan to continue working with several startups. Excited to keep you all up to date on what’s next.”