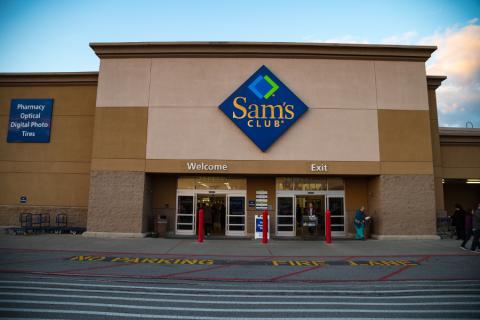 Wal-Mart Stores Inc. is closing 63 of its Sam’s Club stores nationwide following a thorough review of its existing portfolio, the mega-retailer confirmed with Progressive Grocer.

"Up to 12" of those locations will become ecommerce fulfillment centers, the company said in a statement. The rest will stay open for several weeks before permanent closure.

The first of the converted ecommerce fulfillment centers will be in Memphis, Tenn., Walmart revealed, noting that following the closures, the company would operate 597 clubs.

The news comes immediately after Walmart rolled out an initiative to raise the minimum wage for its employees, expand their benefits and offer a one-time bonus.

In some cases, employees did not receive notice of store closures before arriving at work on the day of the announcement, finding the doors locked with a notice of the closure posted, according to a report in Business Insider.

“We’ve decided to close a series of clubs and better align our locations with our strategy,” Sam's Club said via Twitter. “Closing clubs is never easy, and we’re committed to working with impacted members and associates through this transition.”

The company later noted that its assistance to associates affected by the closures would include the aforementioned bonus and 60 days of pay, as well as severance to those eligible.

According to Bentonville, Ark.-based Walmart, the round of closings is in addition to its announcement in 2016 to close 269 stores in the United States and abroad.