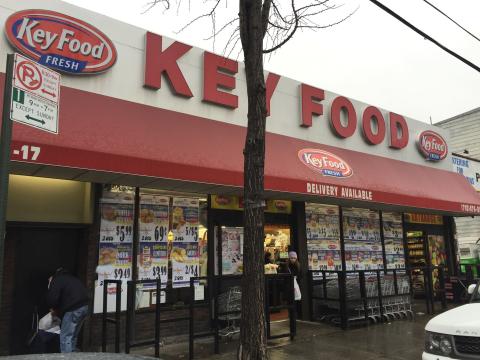 UNFI will open a new distribution facility in Lehigh County, Pennsylvania, to provide an additional 1.3 million square feet of distribution capacity for Key Food and other Northeastern UNFI customers.

United Natural Foods Inc. (UNFI) has reached a long-term supply agreement with Key Food Stores to serve as its primary grocery wholesaler, with expected sales to UNFI of approximately $10 billion over 10 years.

"Key Food, whose members operate more than 315 stores, is a rapidly growing organization with a large market share in the New York market," said UNFI Chairman and CEO Steven Spinner. "We have recently begun to service their Florida stores and are excited to expand service to their Northeast stores toward the end of 2021. We believe our unmatched product variety and knowledge of today’s consumer will benefit Key Food and its retailers, and we look forward to driving value to their operations."

In its role as  primary grocery wholesaler, UNFI will supply Key Food locations with conventional, natural and organic grocery products, along with a wide variety of international items. All categories, such as protein, produce, frozen bakery, deli, and general merchandise/health and beauty, as well as Key Food’s Urban Meadow private brand and UNFI-owned brands such as Essential Everyday and Woodstock, will also be supplied.

"We are excited about our relationship with UNFI," said Key Food CEO Dean Janeway. "Their unique ability to service the entire store on a single delivery, in addition to their industry expertise and buying power, gives Key Food members an advantage in the marketplace. We are thrilled to partner with the UNFI team, and our members look forward to offering UNFI’s full line of products to their shoppers."

To expand the breadth and scope of its distribution network, UNFI is building a new state-of-the-art Class A distribution facility in Lehigh County, Pennsylvania. Once complete, the facility is strategically located to provide an additional 1.3 million square feet of distribution capacity for UNFI’s existing and new customers in the greater Northeast and surrounding areas, including Key Food. UNFI anticipates that the new distribution center will create more than 500 local jobs and expects the facility to open in fall 2021.

In other UNFI news, the company has started a search for its next CEO as Spinner, CEO for the past 12 years, prepares for retirement. He plans to retire on July 31, after the conclusion of the term of his employment agreement, or earlier upon the appointment of a successor.

Spinner will continue to serve as executive chairman on the board after he retires as CEO.

"Over the last 12 years, Steve has made many valuable contributions to UNFI, including growing our customer base, adapting our business to the demands of the digital marketplace, executing on value-enhancing acquisitions and, most recently, fulfilling UNFI’s role as a critical link in the North American food-supply chain during an unprecedented global pandemic," said Peter Roy, UNFI’s lead independent director. "Throughout his tenure, Steve has methodically and consistently led UNFI to new heights, increasing annual sales from $3 billion to over $26 billion today. At the same time, Steve has fostered a strong set of core values across the company, building and inspiring a talented team around him and living UNFI’s commitment to serve our customers and the communities in which we operate."

News of Spinner's impending retirement came on the same day last week that UNFI reported its financial performance for the fourth quarter and fiscal year ended Aug. 1. Net sales increased 18.9% in fiscal year 2020 to $26.5 billion, driven largely by the company's retail segment, which saw  41% growth. Sales to chains and independent retailers each grew 21% as well.

UNFI reported a net loss of $474 million for the year, including $425 million pre-tax goodwill and asset impairment charges recorded in the first quarter of fiscal 2020.

The company's fourth quarter continued to be powered by increased pandemic sales, although the growth was slower than it saw in the third quarter. Net sales edged up 0.4% to $6.75 billion and retail identical-store sales increased 21.0% compared with the fourth quarter of fiscal 2019.

"Fiscal 2020 was a monumental year for UNFI as the demonstrated flexibility and strength of our supply-chain network led to full-year results that exceeded our expectations," said Spinner. "At the same time, we’re focused on keeping our associates safe and maintaining the food supply chain for communities across North America through the unprecedented events of 2020, including the pandemic, civil unrest and natural disasters. We’re continuing to execute with passion and purpose on our strategy and expect further growth in fiscal 2021."