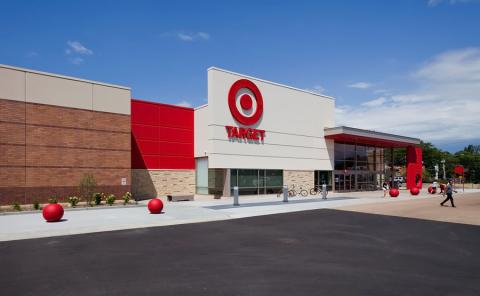 Significant investments in its team and business throughout 2017 resulted in a favorable fourth quarter for Minneapolis-based mass-merchandiser Target Corp., with growth in same-store sales, ecommerce and profits.

During the period, which ended Feb. 3, comps growth of 3.6 percent for Target Corp.’s Q4 of fiscal 2017 was driven by 3.2 percent growth in traffic during the quarter, reflecting solid increases in both stores and digital channels. While Q4 comparable digital-channel sales soared 29 percent, on top of 34 percent last year, contributing 1.8 percentage points of comparable growth, the company experienced robust comps growth across all five of its core merchandise categories in the quarter.

“Our team’s outstanding execution of Target’s strategic initiatives during the year delivered strong fourth-quarter traffic growth in our stores and digital channels, which drove healthy comparable sales in every one of our five core merchandise categories," said Brian Cornell, chairman and CEO of Minneapolis-based Target. "At our Financial Community Meeting later this morning, we will outline our plans to continue investing in our team and make 2018 a year of acceleration in the areas that set Target apart – our stores, exclusive brands, and rapidly growing suite of fulfillment options. While we have a lot left to accomplish, our progress in 2017 gives us confidence that we are making the right long-term investments to best position Target for profitable growth in a rapidly changing consumer and retail environment.”

In Q1 of 2018, Target expects a low single-digit increase in comps, while for full-year 2018, the retailer anticipates a low-single digit comps rise. The company also recently revealed extensive upgrades to 28 Twin Cities stores as part of a initiative to remodel 1,000-plus locations across the country by the close of 2020.