Never underestimate the power of the American sweet tooth.

In tough economic times, when in-store bakeries — by all rights — should be shrinking, they stand ready to grow: Roughly half — a full 47.9 percent— of Progressive Grocer’s 2016 Retail Bakery Review panelists expect their bakery sales to increase over the next year, according to results from the annual exclusive survey.

Never mind that a nation of nutritionally focused consumers are increasingly seeking foods that are healthier, lower in calories and made with less sugar: When it comes to visiting their local supermarkets, consumers also want to see a viable fresh bakery section. Perhaps that’s why nearly two-thirds of bakery executives surveyed in this year’s “state of the in-store bakery” study said they viewed their store bakery section as an important “image builder” for the store — roughly twice as many as last year.

To be sure, when it comes to the bakery department, image is everything. Even customers who don’t shop the in-store bakery section seem at least to like knowing that it’s there, according to the bakery executives who responded to PG’s annual bakery category research report, which monitors the attitudes, views and insights of retail bakery executives from coast to coast.

Maybe that explains why some chains are ramping up the size and space of their in-store bakeries. At East Windsor, Conn.-based Geissler’s Supermarket — a seven-store independent with six stores in Connecticut and one in Massachusetts — all of its stores have increased the size of their bakeries by at least 100 square feet, notes Jim Williams, bakery manager.

“The bakeries are seeing pretty steady business,” Williams says, so it was time to enlarge.

Underscoring findings that in-store bakeries matter, department sales topped $13.54 billion in 2015 — up 3.6 percent from the year before, according to the study. There were 28,500 in-store bakeries last year with average weekly sales of $6,850, or about $356,175 per store annually.

Nationally, in-store bakeries will continue to grow through the end of this decade, the International Dairy-Deli-Bakery Association (IDDBA) forecasts. In-store bakery sales will approach $18.4 billion by 2020, a 45 percent increase over 2010, the Madison, Wis.-based trade group estimates.

When it comes to in-store bakeries, it seems that consumers increasingly want to have their cake and eat it, too.

Bakery shoppers want a broad selection, from decadent to better-for-you choices. Most importantly, they want the convenience of buying fresh baked goods at the same place where they buy their mangoes, meat and milk. To that end, a whopping 70.3 percent of bakery executives surveyed described their in-store bakeries as an important part of their one-stop-shop offerings.

Interestingly, many executives in this year’s study were increasingly confident that some shoppers come to their stores specifically for the bakery, as evidenced by the 58 percent who considered their in-store bakeries destination departments.

Executives also weighed in on the bakery section’s hot growth areas in PG’s bakery study, data for which were gathered via one-to-one input of bakery executives responding to the annual survey, fielded in early 2016.

Checking in once again as the hottest growth products: celebration cakes and seasonal specialties that bakeries rightly promoted front and center around holidays like Valentine’s Day, Mother’s and Father’s Days, and the Fourth of July.

Just ask Debbie Burkewitz, assistant bakery manager and cake decorator at a Price Chopper store in Derby, Vt. “Every holiday, we sell a lot of themed cakes and cupcakes,” says Burkewitz. “People seem to like the specialty items” during holidays better than the everyday staple items, she adds.

As well as surging requests for more sugar- and gluten-free items, Burkewitz notes that there’s another hot growth area people are increasingly referencing: complete nutritional information on all bakery items. “Some of the things we make in the store don’t have full nutritional labels,” she points out.

This year’s research bore out Burkewitz’s observations, with 47.4 percent of bakery execs citing gluten-free as a hot growth area for their stores.

At Geissler’s, however, Williams says that older customers in particular are requesting smaller or single-portion desserts. Just as important, he adds, is the growing number of requests for organic and natural breads. The chain now carries some all-natural bread lines, he observes.

Signature bakery products also continued to have wide appeal, with more than half of respondents citing them as an important part of the mix. Among the more compelling signature products highlighted by bakery executives in the PG survey: cinnamon chunky bread, Buckeye bark, pound cake, wedding cakes and banana pudding pie.

What are the common traits of the most engaged in-store bakery shopper? According to IDDBA, these customers tend to be affluent, part of a large family, older couples and empty nesters, and “ethnic explorers” who enjoy trying other tastes and flavors.

In an aging population, certain sweets were favored above others. Muffin sales were up 10 percent last year and doughnut sales increased 5 percent, according to Chicago-based IRI. At the same time, the market research firm reports, as consumers generally eat fewer meals but snack more, this overall increase in snacking has boosted sales of cupcakes and brownies.

Alas, pity the poor scone, which came in dead last in both the most popular and most profitable ledgers. But with their prevailing popularity in bakery cafés and coffee shops like Panera and Starbucks, high-end scones might well represent the next growth area for in-store bakeries.

The complete 2016 Retail Bakery can be found in PG's May digital edition. 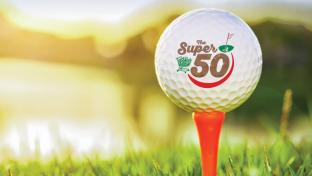 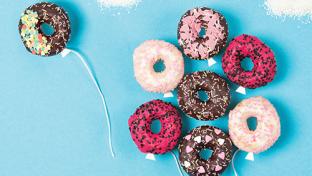 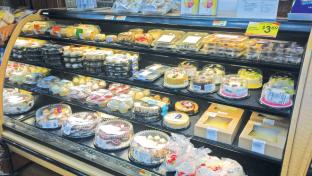 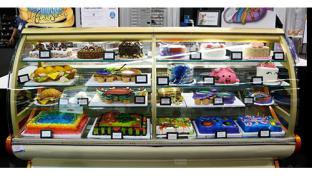 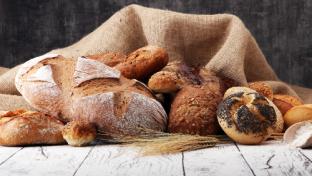