09/29/2009
Get great content like this right in your inbox.
Subscribe
Stevia was one of the stars at last week’s Natural Products Expo East. Hundreds of new products making use of the all-natural and calorie-free sweetener are expected to hit the market in the coming months.

A new report from Mintel notes that since December 2008, when the Food and Drug Administration (FDA) approved use of rebaudioside A (an active ingredient of stevia) in U.S. foods and beverages, the stevia market has erupted. By mid-July 2009, stevia sales topped $95 million, a substantial increase over the $21 million achieved in all of 2008. Mintel predicts the stevia market could exceed $2 billion by the end of 2011.

“The FDA’s approval of stevia in food and drink opened the door for this market’s explosion,” stated David Browne, senior analyst at Mintel. “New product activity has accelerated in recent years, and since most categories with stevia applications remain untapped, we expect many more stevia-infused product introductions in the next few years.”

Stevia is an all-natural, herbal sweetener that has been used for culinary and curative purposes since pre-Columbian times. A glance at the benefits stevia offers shows just why stevia is an increasingly popular herbal remedy and alternative to sugar and commercial sugar substitutes.

• It is a great weight loss aid because it not only has zero calories, but also helps curb urges for sweets and even for fatty foods.
• Although it is more than 300 times sweeter than sugar, stevia does not have any of the harmful side effects of artificial sweeteners such as Aspartame.
• Diabetics and hypoglycemics use it to help stabilize their blood sugar levels.
• It helps lower elevated blood pressure among those who suffer from hypertension.
• It is also used for oral health, to improve digestion, increase glucose tolerance and to help recuperation from minor illness.
• It is a natural way to make herbal teas and remedies more palatable.

Revolutionary Leaders
Derek Newman, principal of Zevia, was ready for the trend. Newman, his wife Jessica, and Ian Esienbeg developed Zevia’s all-natural, zero-calorie soft drink two years ago when stevia was approved only as a supplement. From January 2007 until February 2009, ZEVIA was labeled as a “carbonated stevia supplement,” consistent with the FDA requirements.

In February 2009, the company produced and sold its first can of ZEVIA™ with 97 percent Reb-A stevia. Now, the relaunched soft drink company is topping the SPINS charts and giving existing all-natural soft drinks healthy competition. Sales this year have increased 250 percent over last year.

“We knew this time would happen. We knew that stevia would be approved as a food product. And we knew it would be a race to get [a new product] launched because once [the FDA approved it], we would not be able to launch a new product. It would be difficult to gain distribution,” Newman explained.

Newman’s foresight can be credited to his wife, Jessica, who, although living a healthy lifestyle, would not give up her diet cola habit. She tells her story on their Web site, noting, “For years, I was addicted to diet soda. I would drink five sodas a day. I didn’t want to drink my calories, but I’m not a water drinker —I want the fizz and pop of a soda! We spent a lot of time researching all that went into making a diet soda and tried to figure out what we could do to make it better, more natural, healthier. We learned all sorts of things about diet drinks, like phosphoric acid depletes calcium in bones, and most orange sodas are loaded with artificial food dyes. We have addressed all those issues. I felt like it took forever to finally get it in a can! And once we did, I was so excited, because it tasted great and I knew I could kick my diet soda habit with it! ZEVIA has changed my life and from what we hear from consumers, we are changing lives everyday.”

Derek Newman added, “Really, she was compromising her health for the taste she desired. We learned about stevia in 2006 and launched this product in 2007. Now we’re in 2,500 doors, 500 retailers nationwide and our sales grow every month.”

The next stevia soda alternative to hit the market will be Steaz Zero Calorie, which debuts nationwide Oct. 1 in Whole Foods. Steaz co-founder Eric Schnell said they worked with Whole Foods for the past six months reformulating the diet titles in Steaz’ Fair Trade, Organic Sparkling Green Tea beverage line from organic evaporated sugar cane juice to stevia. The new formula, in the brand’s new packaging, will hit the shelves tomorrow as the first organic zero-calorie soda on the market.

Only those flavors previously marketed as “diet” will make the change — Raspberry, Orange, Black Cherry and Blueberry-Pomegranate. The brand’s signature range of Root Beer, Raspberry, Orange and Lemon-Lime was also reformulated with using less cane sugar, dropping its sugar content by about 15 percent. The entire line will be repackaged in the new look and the new bottle.

“We just launched the product this past week at Natural Products Expo East and the reception was phenomenal,” Schnell said.

Consumer Reactions
Mintel reports that 25 percent of people say they might be interested in stevia, but they haven’t tried it yet. Just over one in 10 (11 percent) say they have tried stevia and plan to continue purchasing it.

In the first eight months of 2009, Mintel’s Global New Products Database (GNPD) monitored the launch of more than 110 U.S. food, drink and health care products made with stevia. Annual new product activity for stevia more than doubled between 2007-2008.

The portrait for stevia’s success isn’t completely rosy, however. Mintel’s exclusive consumer survey reveals nearly 70 percent of Americans have never even heard of stevia. More than six in 10 (62 percent) say they have no interest in trying stevia, and 11 percent say they think stevia is unsafe and they plan to avoid it.

Flavor remains another obstacle to stevia’s growth. Companies are aggressively perfecting formulations and seeking better source material globally, but this means one stevia-based product won’t taste the same as the next.

“Step one is for manufacturers to get the word out. At this stage, heavy demo-ing of stevia products in stores, along with copious distribution of free samples, are just as important as promoting stevia’s all-natural, zero-calorie positioning,” commented Mintel’s Browne.

The new addition to the “In The Raw” brand is a response to the growing popularity of Stevia Extract In The Raw, which was introduced (in packets) less than a year ago. The “cup for cup” product meets changing consumer demands, as cooking and baking with stevia is now rivaling use as a zero-calorie sweetener for coffee and tea. The product, which will be on retail shelves by mid-November, is similar to the packet product, but is formulated so that it carries greater volume, allowing it to more easily be used as a substitute for sugar in cooking and baking recipes. Stevia Extract In The Raw’s 9.7-ounce bag has the same sweetening power as 5 pounds of sugar. Unlike some other national brand stevia products, it does not contain erythritol (a sugar alcohol) or isomaltulose (a simple sugar). 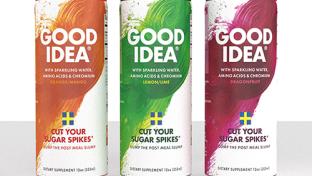 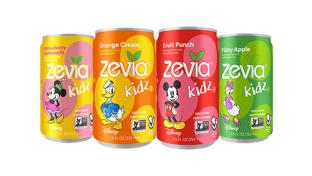 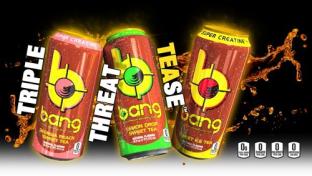 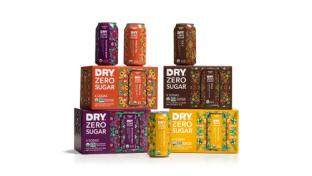 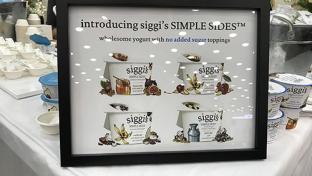 Events
Low-, No-Sugar Products the Next Frontier at Expo East