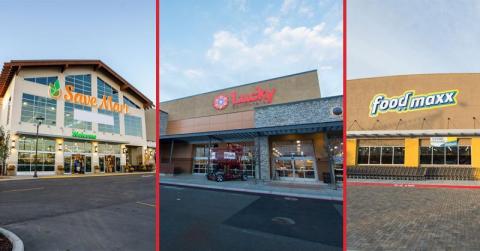 Save Mart is steadfast in its mission of eradicating food scarcity in local communities that it serves in 2021 and beyond.

With the pandemic exacerbating the number of households dealing with food insecurity, The Save Mart Cos. has renewed its annual commitment to helping feed local neighborhoods in 2021.

The grocer operates 204 stores throughout California and northern Nevada under the FoodMaxx, Lucky and Save Mart banners.

“So many in the communities we serve continue to face food insecurity, uncertain where their next meal will come from,” said Hal Levitt, SVP retail operations at The Save Mart Cos. “Our long-standing tradition is a meaningful and deep partnership with local food banks throughout California and northern Nevada, the unsung heroes who provide so much to those in need.”

Over time and through these established relationships, the food retailer has been able to create the most efficient ways to get food directly to families from strategically placed distribution centers to its partner food banks.

This past year, the grocer donated in excess of 235,000 pounds of healthy shelf-stable items, which resulted in a contribution more than 196,000 meals. Additionally, through The Save Mart Cos.' Fresh Rescue program, another 5.3 million pounds of produce and other perishable food items were donated to local food banks in a company-wide effort to mitigate the impact of food insecurity.

“Second Harvest is proud of the long partnership we have with The Save Mart Cos. It goes well beyond the grocery Fresh Rescue, which has proven to be a fantastic asset to our agency partners,” noted Jessica Vaughn, development director at Second Harvest Food Bank San Joaquin & Stanislaus Counties. “The Save Mart Cos. has sponsored programs that allow us to directly feed our community fresh grocery items. Throughout the pandemic, they have made sure that we have the food necessary to continue what we do without interruption.”

The Save Mart Cos. also conducted annual and seasonal fundraising programs garnering more than $350,000 from the generosity of its shoppers, with 100% of the proceeds going directly to local food banks.

“We are especially grateful to our shoppers for joining with us in the fight to eliminate food scarcity throughout the year, and not just during the holidays,” added Levitt.

In 2020, the company made 30 donations to local food banks to help supplement meals in the communities that Save Mart, Lucky, Lucky California and FoodMaxx stores serve. Due to economic uncertainty caused by the pandemic, food insecurity may continue to increase; therefore, the retailer is committed to continuing the priority of local food bank donations in 2021.

“We are honored to work with The Save Mart Cos. in the fight against hunger in Central California,” said Kym Dildine, co-CEO of the Fresno-based Central California Food Bank. “As our neighbors struggled through the economic impacts of COVID-19, The Save Mart Cos. stepped forward and provided food and financial support to ensure that people had access to food in their time of need.”

The Save Mart Cos. is known for lending a helping hand to its local community. For example, it launched a campaign last summer to support the American Red Cross' efforts during a historic outbreak of wildfires in California. The Round Up The Change fundraiser allowed shoppers to round up their change at checkout and donate the difference to American Red Cross Fire Relief.

Modesto, California-based The Save Mart Cos. is No. 49 on The PG 100, Progressive Grocer’s 2020 list of the top food and consumables retailers in North America.