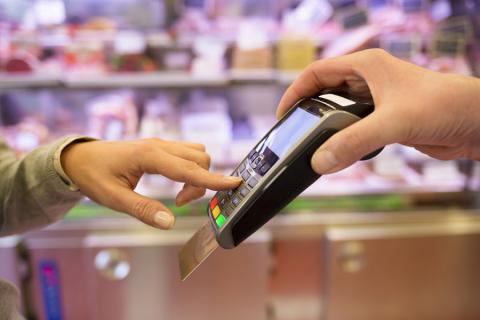 According to retailers, swipe fees cost them and consumers billions of dollars annually

A proposed new class-action settlement aiming to resolve claims that Visa and MasterCard set credit card swipe fees in a multibillion-dollar price-fixing scheme has left retailers unimpressed, with many noting that the deal bears a strong resemblance to part of a previous agreement already rejected by both a federal appellate court and the retail industry.

"The monetary settlement doesn’t solve the problem," said Stephanie Martz, SVP and general counsel at the Washington-based National Retail Federation (NRF), the world's largest retail trade association. "Swipe fees cost retailers and their customers tens of billions of dollars a year and have been skyrocketing for nearly two decades. Ending the practices that lead to these anticompetitive fees is the only way to give merchants and consumers full relief once and for all."

Emphasizing that it wasn’t only merchants that were affected by the issue, Martz continued: "Swipe fees are not just a business-to-business issue. By driving up prices, they cost consumers hundreds of dollars a year – nearly as much as the average family spends on Christmas gifts or back-to-school supplies."

Deborah White, senior EVP and Retail Litigation Center president at the Arlington, Va.-based Retail Industry Leaders Association (RILA), described the settlement as "just another symptom of our nation’s broken payment ecosystem. It still offers merchants only pennies on the dollar for the harms that they suffered as a result of the anticompetitive rules backed by the card networks and big banks. More importantly, the proposal does not provide for any changes in those rules – and would limit the ability to pursue meaningful change of the rules that the payments card cartel will install to govern the payment ecosystem in the future."

Added White: "This settlement won’t address the escalating fees collected by Wall Street and is a drop in the bucket when compared to the $90 billion that the payment networks currently collect every year in swipe fees. Visa and Mastercard will make this up by Christmas."

For its part, the grocery sector declined to provide immediate comment in response to the new proposed settlement.

Noting that the Arlington-based National Grocers Association (NGA), which advocates for independent grocers, was aware of the news, EVP Greg Ferrara told Progressive Grocer, "NGA will review the settlement with our counsel and provide additional comments when appropriate."

Meanwhile, when contacted by Progressive Grocer, Food Marketing Institute, also based in
Arlington, noted that it would be prepared to comment once it got consensus from its members.

The proposed $6.2 billion proposed settlement, revealed this week, is the second in the 13-year old antitrust lawsuit originally brought by a group of small retailers against Visa and Mastercard. One feature of the new proposed settlement seen by the retail community as a major advance over the last one, however, is that retailers that accept the new settlement would be banned from suing the payment networks for only five years, instead of the broad permanent ban on future swipe-fee lawsuits mandated in the earlier settlement.

The deal awaits court approval after being filed in the Eastern District of New York.

Going forward, NRF – no doubt along with other stakeholders – has pledged to "closely watch the next phase of settlement discussions, which merchants hope will make significant changes in the way Visa and MasterCard set the complex matrix of swipe fees banks charge merchants to process credit card transactions.”