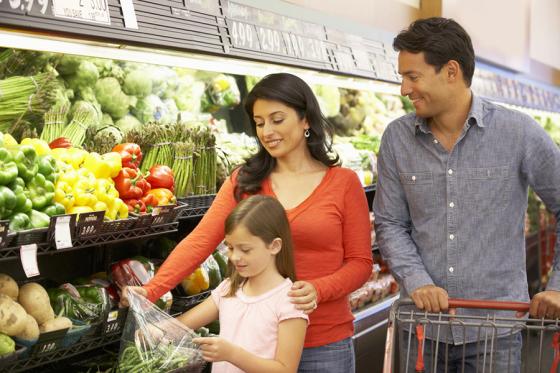 In Consumer Reports' latest ranking of grocery stores, regional chains led the pack, with H-E-B’s Central Market netting the top spot, with a ranking of 91 out of 100, when it comes to overall customer satisfaction.

Next was Wegmans Food Markets, with 90, followed by Heinen’s, with 89. Then there was a tie among Gelson’s Markets, Market Basket and Trader Joe’s (the highest-ranking national chain), all scoring 87. Rounding out the top scorers was a five-way tie, at 86, for Crest Foods, Fareway Stores, New Seasons Market, Costco Wholesale and Publix Super Markets.

The list ranks the top 96 grocers, the most that the publication has ever had on the list, based on results from 75,000 Consumer Reports members who provided ratings of the one or two supermarkets they visit most often, according to several criteria, including cleanliness, price, food quality and variety, checkout speed and staff helpfulness, selection of healthy options and locally produced foods, and variety of international and multicultural foods.

Price was a big factor for consumers and was the No. 1 reason that they gave for no longer shopping a particular banner. Trader Joe’s and Market Basket were the top-ranking stores when it came to competitive pricing.

This year also marked the first year that Consumer Reports ranked online grocery delivery services. Shipt, owned by Target, came out on top with a ranking of 79. These ratings were gathered from Consumer Reports members who noted that they used the services in the 2018 survey, and accounted for 7 percent of those surveyed in 2019.

The rankings for other grocery delivery services were Amazon Prime Now, which offers same-day delivery from Whole Foods Market, at 75; Peapod, with 72; FreshDirect and Instacart, tied at 70 and AmazonFresh, with 66.