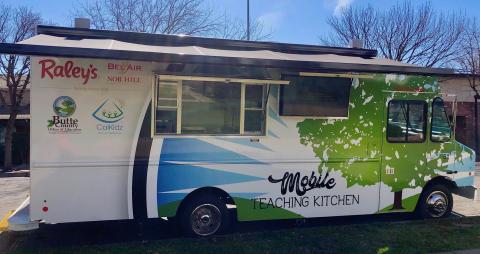 Raley's and the Butte County Office of Education (BCOE) have launched a new Mobile Teaching Kitchen to bring healthy, nutritious foods to children and families displaced by the Camp Fire in California.

The truck's first stop was at the 2020 Cal Kidz Anti-Hunger Summit, but it will also play a role in bridging the summer meal gap, serving more than 40 school sites within BCOE's 14 school districts, as well as surrounding school districts, when classes aren't in session.

“Raley’s is committed to giving back to the communities where our team members and customers live and work,” said Becca Whitman, Raley’s senior manager of community relations. “The Mobile Teaching Kitchen is going to make a significant impact for thousands of residents in Northern California and represents Raley’s continued support of those affected by the devastating Camp Fire.”

The Mobile Teaching Kitchen will also provide nutrition education to students, their families and staff, using the truck’s television and speaker system.