Produce industry decision-makers are embracing the challenges of the day as they jockey to cultivate customer loyalty and grow sales in a highly competitive market. That’s a common theme that emerged among the compelling revelations in Progressive Grocer’s latest annual Retail Produce & Floral Review, which taps the insights and expertise of nearly 100 grocery retailers across the United States. About 43 percent of survey respondents are grocery owners, CEOs and executives, while store managers, merchandisers and buyers comprise the balance.

“This business is not for the faint of heart,” notes one respondent. “The demands and challenges in produce are what make produce such a great career,” says another.

The stakes are high in the often unpredictable fresh produce landscape. Nielsen estimates that fresh produce reached $68.7 billion in annual sales in 2016, and reports continued growth this year. The market researcher’s latest fruit and vegetable trend data show that both dollar and volume growth occurred across all categories of produce for the 52 weeks ending July 29, 2017.

“Produce got all-new refrigeration. It was a big part of the remodel budget, but it helped increase sales. If you keep the produce fresh, customers will buy it,” asserts Otis, who adds that weekly sales are up more than 65 percent in the department following the remodel.

While trends in produce-based snacking, home meal preparation and healthy-lifestyle aspirations have helped make the produce department an important destination for shoppers, the industry isn’t without its obstacles.

When asked to rank the most challenging issues facing today’s produce department, from “not serious” to “extremely serious,” 72 percent of survey respondents note that “profits” are a serious to extremely serious issue.

Competition from other supermarkets, which interestingly ranked low among challenges in PG’s 2016 survey, is the second-highest serious issue in this year’s study, with 70 percent of respondents calling it a serious to extremely serious challenge.

“High labor costs are going higher; couple that with lower retails, and something has to give,” observes Cady, who adds that Tops is revisiting its training program from an efficiency perspective. “We need to perform tasks as efficiently as possible, without compromising customer service or quality,” he explains.

Encouraging employees to feel invested in the company and compensating them for outstanding work may also provide a path to elevating the industry’s labor force.

“Somehow, we have to raise the status and the pay of our associates,” asserts Steve Pohl, produce director for Sullivan’s Foods, a family-owned and -operated retail grocery business with 12 stores in Illinois. “Training and cross-training would add to that goal, and promoting from within will give a sense that there is a way to advance in this industry.”

“We try to hire and promote from within our organization, to keep a consistent environment for our consumers and employees,” notes Pohl. “We are always looking at ways to promote the industry’s positives.”

The bottom line: Well-trained employees increase sales. At Portland, Ore.-based Fred Meyer, part of the Cincinnati-based Kroger Co., a consistent and thorough training program on subjects such as cross-contamination and proper handling has resulted in a significant sales bump in organic produce, among other categories.

“The produce team has learned how to take care of organic produce, and customers are looking for that,” says Eric Otis, senior grocery clerk for Fred Meyer in Bremerton, Wash. “We’re supporting a culture that’s taking place with organics, and we’re getting clientele from [high-end neighboring supermarkets] to shop with us instead.”

“You have to establish consistency in training and messaging, so that every employee can run the department the same way,” continues Otis. Fred Meyer’s protocols and standards for each department are clearly indicated on signage in the employee area. “They give you the answers to the test,” he says. “It’s all right in front of you.”

Of course, when it comes to besting the competition, the produce department is a grocer’s front line of defense.

“The produce department sets the stage for the entire store,” asserts Jeff Cady, director of produce/floral for Williamsville, N.Y.-based Tops Markets LLC. “Bad-quality produce equals a bad store, regardless of the condition in the rest of the store,” he continues. “Produce sets the freshness image, and in most cases is the first product that is seen when entering the store.”

Hiring, training and retaining good people are challenges long faced by grocers. Rising labor costs and shrinking budgets add to the challenge. Friendly and knowledgeable employees, however, are essential to remain competitive in today’s marketplace.

Which categories within produce are driving shoppers to a particular store? For Tops, they’re organic and local produce, value-added, and “new and exciting items like Cotton Candy Grapes and Amaize Sweet Corn,” according to Cady.

Can these categories make or break a store? “Short term? No. Long term? For sure,” he says. “Retailers need to get those categories locked down quickly, or the customers will gravitate to the retail outlets that can take care of their needs.”

When it comes to the hottest trends in fresh produce, organic and local are still sizzling. This year’s Retail Produce & Floral Review found that, on average, 23.8 percent of fruit and vegetable sales are organic products.

More than 70 percent of survey respondents report that sales of organic produce were up this year as compared with 2016, 28 percent note no change in sales, and only 1 percent say that they experienced a decline in organic produce sales.

“I think that organic will eventually be how we will sell most produce,” says Pohl, of Sullivan’s. “It still has to become a mission for our growers to sustain this momentum in organic so prices are close to that of commercially grown produce. Organics, especially in the Midwest, is still a hard sell in smaller communities, where price is a higher priority.”

In addition to organics, shoppers are looking for fruits and vegetables harvested closer to home. Grocers are responding with multifaceted merchandising and marketing strategies that spotlight locally grown produce. More than 80 percent of survey respondents feature local signage in the produce department, and more than 46 percent call out local offerings through social media.

“Locally grown has become very popular and helps distinguish your organization from others in the marketplace,” agrees Pohl, who longs for the anticipation that seasonal produce inspired before year-round offerings of peaches, grapes and more.

“Now, we can get things year-round from the Southern Hemisphere, and that excitement has gone away from the produce department,” he observes. “By tying local farmers, who live and work in the community, to a great eating experience — only once a year — we recapture that atmosphere.”

Convenience seekers are hungry for more than ever before from today’s produce department. According to the latest data from Nielsen, packaged salad continues to claim the dominant dollar share of the vegetable category, at 18.8 percent. Meanwhile, value-added vegetables is the fastest-growing subcategory among the top five vegetables.

“Customers are looking for something quick and easy to prepare, and we are trying to make more of those items available,” says Larry “Junior” Lovell, store manager of Appleseed IGA, in Arlington, Ohio. “I believe we can sell more if we look outside the box, because the consumer is looking for us to help them make their lives easier.”

Simplifying meal preparation and increasing produce consumption are also top of mind at Sullivan’s. “We have always done well with packaged cut vegetables and cut fruit, but in the last three to four years, it has exploded, and we continue to have very good success with these convenience-type items,” observes Pohl.

The 2017 Retail Produce & Floral Review found that grocers are also looking to offer convenience in the form of “vegetable butchers” that cut produce to order, and meal-kit programs in which fresh produce is featured. Thirty-seven percent of respondents offer a meal kit program, while more than 25 percent either offer a vegetable butcher or plan to add one in the foreseeable future.

“Produce is going to become much more exciting and a bigger contributor of total store sales as the convenience desires and health concerns of the population are realized,” predicts Pohl.

Nearly half of all Retail & Floral Review Survey respondents who sell floral in the produce department report an increase in floral sales over the previous year.

“We revamped floral, and now sales are going through the roof,” says Otis. The remodel, which was completed a year ago, offers a bounty of bouquets, seasonal items, and a prep station in the center of the department, which is located at the store entrance. “It’s a better fresh presentation as soon as customers enter the food area,” he notes.

Also helping to fuel floral sales are the 65 hours a week of labor allocated to the department, up from 30 hours prior to the remodel.

A remarkable number of produce departments around the country are investing in everything from new lighting to energy-efficient chill cases to signage to total department remodels, according to the 2017 Retail Produce & Floral Review.

A healthy 34 percent report that their produce departments recently underwent a total renovation. An additional 15 percent indicate that they plan to invest in a total department renovation in the next one to two years. 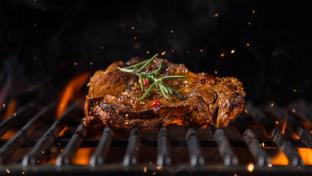 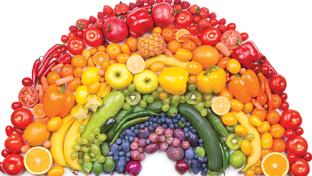 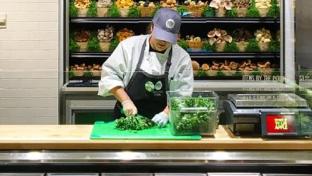 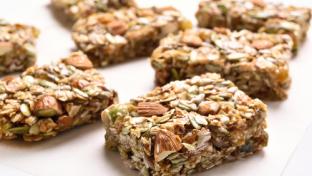 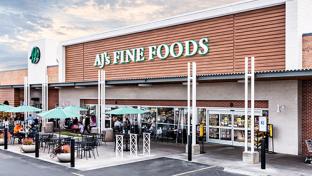