Most consumers of plant-based products, including nondairy milks, are pursuing a flexitarian lifestyle, according to FMI.

Like certain species of plants that are introduced to an ecosystem and change the landscape, dairy alternatives derived from plant-based sources are disrupting dairy categories at retail.

According to The Good Food Institute (GFI), a Washington, D.C.-based organization that bills itself as an “international nonprofit reimagining meat production,” the plant-based dairy category has reached $2.5 billion and is the most developed within the plant-based world. GFI cites research showing that dollar sales of plant-based milk grew 20% over the past year and that plant-based milks account for more than a third of the total plant-based market.

Mintel confirms growing interest in alt-dairy products, reporting that four in 10 adults in the United States live in a household with a regular consumer of plant-based dairy alternatives. In a webinar on plant-based trends last year, Arlington, Va.-based FMI – the Food Industry Association noted that plant-based milk is one of the largest categories, along with plant-based meat, and that growth is picking up in plant-based creamers, protein supplements, yogurt and whipped toppings. 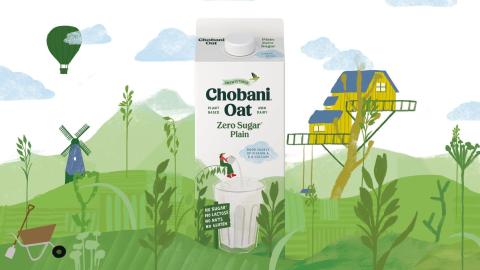 Consumers of plant-based foods tend to be flexitarians concerned about health, wellness and weight management, as well as the environment and animal welfare.

The Roots of Category Shifts

There are a lot of dynamics and noise in this sector, but who is today’s plant-based shopper? In its webinar on the topic, FMI shared findings concluding that most consumers of plant-based foods are pursuing a flexitarian lifestyle, meaning that they often eat plant-based foods but also consume animal-based products in moderation.

The drivers behind that flexitarian lifestyle are varied, according to FMI. Health, wellness and weight management are key factors. At the same time, growing concern about the environment and animal welfare are contributing to shoppers’ evolving choices.

The growth of plant-based products may cause consternation among dairy producers, but research shows that there’s room for both animal- and plant-derived foods and beverages in today’s marketplace. The NPD Group, a market research firm based in Port Washington, N.Y., found that 90% of those in the Millennial and Gen Z age demographic consume both plant-based and meat and dairy alternatives. According to the New York-based Plant Based Foods Association (PBFA), 40% of households buy both dairy and plant-based dairy alternatives.

Whatever motivates them, consumers who purchase plant-based products are valuable. FMI’s webinar revealed that plant-based shoppers spend 61% more than the average shopper. 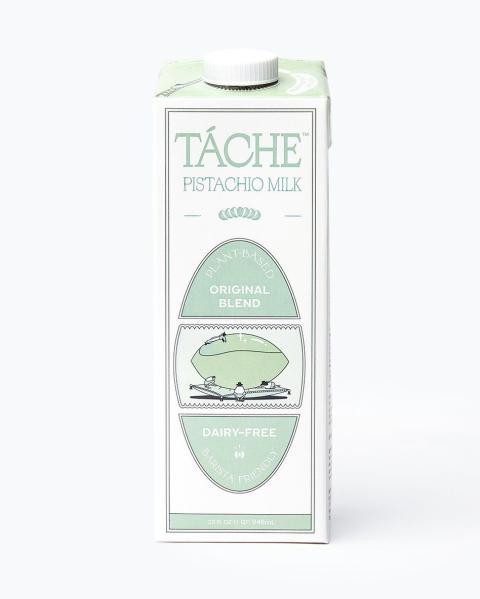 Consumers of plant-based foods spend 61% more than the average shopper.

On the ground (and online) at grocery, plant-based alternatives are changing the composition of retail displays and shopping carts.

In its published findings, The Good Food Institute, based in Washington, D.C., reports that almond alternatives are the plant-based leaders in the alt-milk category, followed by oat milk. Other plant-based fluid milk alternatives include beverages made from soybeans, coconut, macadamia nuts, cashews, quinoa, rice and hemp.

Several plant-based companies are building their brands in the plant-based milk category, including longtime players like Silk, with others growing at a fast clip, such as Elmhurst, Califia Farms and Ripple.

There’s room for further innovation – and competition within this dynamic category, too. In January, New York-based direct-to-consumer company Daily Harvest launched a plant-based milk called Mylk, made with “transitional” organic almonds, Himalayan sea salt and vanilla bean for its vanilla variety. “People are extremely particular about their plant milks, but the options available still leave them wanting,” said founder and CEO Rachel Drori. “Read the labels on any grocery store shelf – previously available options are 98% water and filled with junk. These shelf-stable and refrigerated milks expire quickly and come in one size that does not fit all. We knew we could do better.”

Meanwhile, although soy, coconut, almond and oat milks are the top bases for plant-based milks, a line of pistachio milks from the Táche brand has caused some buzz this year.

In addition to products from brands based on plant-based profiles, companies that produce traditional dairy products are expanding their lineups to make room for alternatives. The Silk brand was acquired a few years ago by White Plains, N.Y.-based Danone North America. The Kansas City, Kan.-based Dairy Farmers of America cooperative added a blended product Dairy+ to its Live Real Farms brand; the product is lactose-free and made with a fusion of plant and dairy milk. Another example is Norwich, N.Y.-based Chobani, which now offers several oat milks in such varieties as Zero Sugar plain, chocolate, plain extra creamy and vanilla. 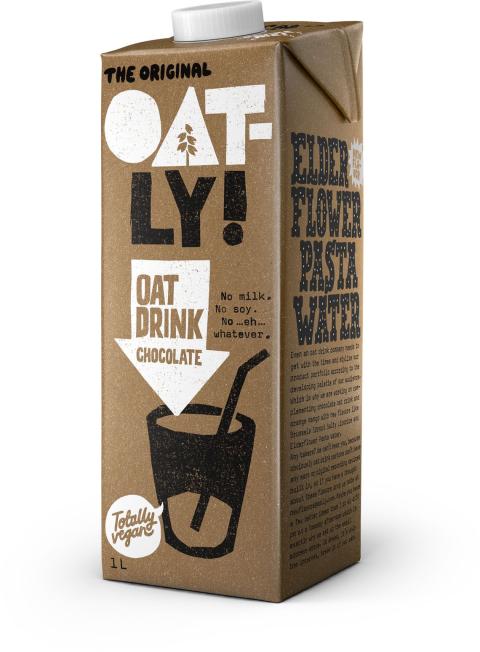 Mintel reports that four in 10 adults in the United States live in a household with a regular consumer of plant-based dairy alternatives.

As a testament to the strength of plant-based products in this category, the Swedish plant-based company Oatly filed for an IPO with the U.S. Securities and Exchange Commission this spring. In addition to its oat milk products, Oatly’s product portfolio also includes frozen desserts and an alt-yogurt called “oatgurt.”

The financials are strong at Mississauga, Ontario-based SunOpta, too, which recently acquired plant-based beverage brands Dream and Westsoy from Lake Success, N.Y.-based Hain Celestial for $33 million. Further, billionaire entrepreneur Jeff Bezos has gotten in on the act, backing a Latin American food tech company called NotCo. that has developed the NotMilk line of plant-based milks.

Beyond milk, other dairy categories are being disrupted by plant-based alternatives as well. In the creamer category, new alt-dairy products abound, such as a new line of Honest to Goodness plant-based creamers from Danone North America and plant-based creamers with functional benefits from Coffee Mate, a brand of Vevey, Switzerland-based Nestlé.

Virtually every traditional dairy category has been affected by the introduction of nondairy, vegan and plant-based alternatives, including yogurt, ice cream, cheese and butter.

While the issue of naming is still contended – as evidenced by the recently proposed Dairy Pride Act – plant-based alternatives are typically merchandised alongside animal-based dairy products in grocery stores. With retailers like The Kroger Co., based in Cincinnati, developing its own line of plant-based meat products that include alternative milk, ice cream and sour cream, store-brand plant-based dairy products may gain more of a foothold. For its part, Country Pure Foods, an Akron, Ohio-based manufacturer, now includes plant-based milks in its lineup of private label and branded beverage products.

What’s in a name? Plenty, when it comes to the labeling of products sold in traditional dairy categories.

In April, a bipartisan bill called the Dairy Pride Act was introduced in Congress to prevent the labeling of products derived from plants, nuts and seeds as milk. The proposed legislation calls for the U.S. Food and Drug Administration (FDA) to follow through on its regulations defining milk and cream, and halting the labeling of plant-bed items as “milk,” “yogurt” or “cheese.”

“Only milk comes from a cow – not an almond or coconut or any other fruit or vegetable,” noted Rep, Mike Simpson, R-Idaho, in a statement.

A similar sentiment was expressed Rep. Peter Welch, D-Vermont, who said, “Dairy farmers, already struggling to survive, are facing a growing threat due to the misleading practice of marketing plant-based products as milk and dairy products.”

Dairy organizations have also sounded the alarm about labeling. In a statement supporting the introduction of the Dairy Pride Act, the Arlington, Va.-based National Milk Producers Federation (NMPF) thanked the bill sponsors for putting forth the legislation. “FDA is responsible for the integrity and safety of our nation’s food, medicine and medical devices, and it’s crucial that it enforce its own standards and requirements,” said Jim Mulhern, NMPF president and CEO. “Without enforcement, we are left open to the potential for questionable products, deceptive practices and, in cases such as mislabeled plant-based products that masquerade as having nutritional benefits similar to dairy’s, negative effects to our health.”

Meanwhile, consumers have their own opinions on the subject of terms and names. According to the New York-based Plant Based Foods Association, 78% of those who drink only cow’s milk use “milk” to describe plant-based alternatives, and more than half of consumers prefer the terms “dairy-free or “nondairy” versus descriptions such as “milk alternative” or “milk substitute.”