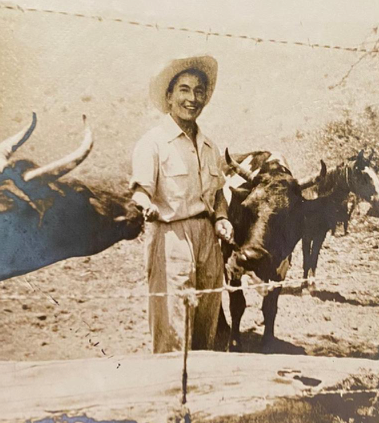 A pioneer in the organic banana business has passed away. Carlos Cortes, Sr., a farmer and founder of the Mexican-American Fruit Company who supplied the first organic bananas to the United States in the mid-1970s, recently died at the age of 96.

Cortes created a legacy in the industry. More than 20 years ago, his daughter, Mayra Velazquez de León, founded Organics Unlimited, a San Diego-based grower and distributor where her daughter and his granddaughter now serves as general manager. “As a legend in organic banana farming, he also paved the way for all who followed in his footsteps,” said Velazquez de León. “Many of you might remember the days when organic fertilizers had to be made by hand with natural ingredients, when wooden crates were used to pack the fruit and when watching his memorable polka dot truck driving by meant that organic bananas were being delivered. Back then, it was a time when sustainability was not in a part of the mainstream vocabulary and when farming wild really meant organic, and social responsibility meant taking care of every single employee because they were also considered family.”

Cortes imparted more wisdom in a note shared with his family after his death. “A company without clear values cannot develop a presence in market, even when it has the economic resources to grow. A company that provides goods or services with a priority on human, economic and social values will be the one that best meets its customers’ needs, develops its people and provides the highest return on investment to its shareholders,” he wrote.