The recent report from the 2015 Dietary Guidelines Advisory Committee strongly reaffirming seafood’s position as one of the healthiest options in the American diet bodes swimmingly for retail seafood departments, which are faring respectably — albeit with perpetual room for improvement — according to results of Progressive Grocer’s 2015 Retail Seafood Report.

Indeed, nearly 60 percent of PG’s 2015 retail seafood survey executive panelists indicate sales gains for the 12 months ending November 2014, reflecting an overall sales gain of 4 percent, which is all the more impressive considering seafood is one of the average supermarket’s most shrink-challenged, labor-intensive fresh departments. Another telltale sign of calmer retail seafood sales waters is the nearly 12 percent of respondents who report decreased sales, a number much lower than historically posted.

Nevertheless, a handful of supermarket seafood execs responding to this year’s benchmark study seemed flummoxed by the fluctuating sales trend registered in the past year. As one retail panelist noted: “Maintaining strong seafood sales in light of higher costs has been a real challenge. Seafood demand was trending higher, but economic factors in 2014 pushed our stores’ shoppers to other proteins. Maintaining fresh seafood as a regular meal option is becoming more of a challenge.”

Results of PG’s signature seafood study, which appears in our March print issue, were once again assembled from direct input by national, regional and independent meat and seafood category leaders, who were asked to spout off on performance and operational tallies recorded over the past year, alongside observations and projections regarding what they foresee unfolding for the balance of the year.

To that end, when asked to forecast how fresh seafood sales will progress in the near term, a healthy two-thirds of panelists (70 percent) anticipated stronger gains with more seafood-seeking consumers. This more buoyant outlook was further shored up by a slim 5 percent who foresaw potential fresh seafood sales declines in the year ahead, along with the 25 percent who anticipated no changes in either direction.

Among the key highlights of this year’s study is an up-to-the-minute look at overall seafood demand trends, which are underscored by the delicate balancing act category executives regularly undertake to concurrently offer value-priced offerings and premium stocks, the latter of which are becoming increasingly important to health-minded Millennials.

When asked how consumer demand has changed, smaller portions/pack sizes increased in clout as the foremost department driver, as cited by more than two-thirds (68.2 percent) of panelists. Nary a panelist indicated decreases with smaller packs, while the remainder (31.8 percent) reported on-par results.

Found below is a list of top responses PG's 2015 Retail Seafood Review panelists revealed when asked to respond to the following open-ended question: What other promotional activities have been effective for your seafood departments in the past year?

Rising retail prices, lack of adequate display space and quality-first suppliers, shrink and a shortage of qualified, motivated seafood department staff were the recurring issues cited among the most problematic issues plaguing retail seafood executives polled in the 2015 Annual Retail Seafood Report. Found below is a sample of verbatim responses that were shared by seafood study panelists, who were asked to answer the following open-ended question: What is the single most serious problem facing your seafood department?

The complete 2015 Retail Seafood Report appears in the March 2015 issue of Progressive Grocer. 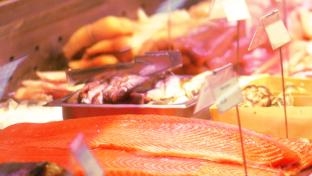 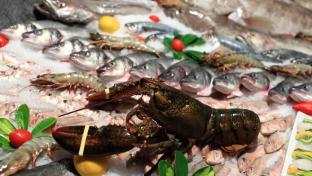 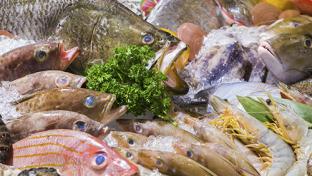 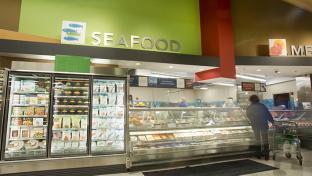 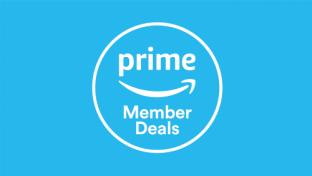