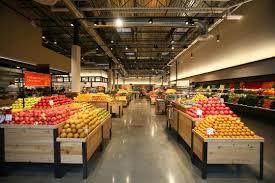 PCC Community Markets is trying to find a way to navigate the building pay mandate controversy.

As pay mandates continue to spread, one of the country’s most innovative independent food retailers wants to make a deal with an important union.

Seattle-based PCC Community Markets — which had recently come out against that city’s new $4-per-hour pandemic pay mandate — says it has submitted a pay proposal to the United Foods and Commercial Workers (UFCW) Local 21.

The plan calls for the temporary institution of that Seattle pay mandate for all union-represented staff in the Puget Sound area — not just those in locations with regional hazard pay ordinances —  in exchange for certain non-economic concessions. So far, the co-op and the union has not been able to reach a final decision.

“Staff members are the heart of the co-op. The PCC leadership team, board of trustees and I remain focused on doing what’s right for our teammates,” said PCC CEO and President Suzy Monford. “We recognize that our actions reflect our co-op’s values and are working to provide equitable treatment to all of our staff.”

As for UFCW Local 21, it took a skeptical stance on the PCC proposal.

The local also said that PCC wants to make the following changes as part of the proposal:

As for PCC, it said it is also increasing its efforts to expand access to vaccines for its staff. The co-op is talking to state and local government officials to prioritize available vaccines for front-line grocery workers. PCC is also providing KN95 masks to all staff and the co-op’s “no mask, no entry” policy remains in place to provide a safe environment for staff and the larger PCC community of members and shoppers.

PCC and other food retailers are facing a lose-lose situation in some respects. Pay mandates can eat into already thin margins — yet, according to some reports, those proposals and laws enjoy meaningful support among consumers for various reasons (which then translates into local political action).

Under a proposal approved by the city council, the pay mandate — which would start March 2 — would last four months, according to the Orange County Register. “It would affect approximately 55 stores in the city that have at least 300 employees nationwide and 10 employees per store locally,” the newspaper said. “But before any final action is taken, some council members made clear that they want to monitor how similar ordinances are playing out in other cities, hoping to avoid lawsuits and store closures.”