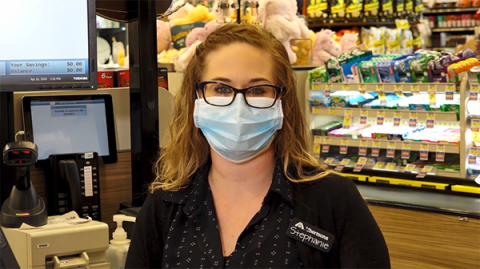 The New York City Council is considering legislation that could send shock waves through the food retail industry as it grapples with the COVID-19 pandemic.

The "Essential Workers' Bill of Rights," introduced last week, would force food retailers with more than 100 workers to give hourly employees an extra $30 to $75 per shift during the COVID-19 pandemic. The measure would also expand paid sick leave coverage for grocery delivery workers.

Independent grocery operators told local news outlet The Real Deal that the mandate would hit their businesses especially hard, given that they're already grappling with high rent costs and competition from big national supermarket chains. New York City-based Morton Williams grocery store owner Avi Kaner told the Real Deal the hazard pay would tack on nearly $350,000 to his business’ payroll, an added cost he said the business can’t take on.

“The day it goes into effect, we would immediately close half of our stores and look at the remaining stores very closely to see if we could even keep the doors open,” Kaner noted.  “We just don’t have the wherewithal — unless the city wants to pay for this mandate.”

“I’m having people come in from the outside and clean stores. I’m providing masks for everyone. I’m trying to provide them with [personal protective equipment]. It’s not like there aren’t expenses to this whole process,” Nicholas D’Agostino, owner of the New York City supermarket chain D’Agostino, told the Real Deal.

The hazard pay issue for grocery workers doesn't seem to be going away anytime soon. At least 41 grocery workers have died of the virus, while thousands more have tested positive, according to The Washington Post. U.S. Senate Democrats have proposed a “Heroes Fund” to give all essential workers $25,000 in hazard pay.

Earlier this month, Kroger joined Walmart and Target in raising pay for workers in what it dubbed a “Hero Bonus” – that is, a $2 premium above their standard base rate of pay, applied to hours worked March 29 through April 18.

The move is in addition to the one-time bonus Kroger implemented March 21 for front-line associates. The company has also rolled out such safety measures as social-distancing signage and plexiglass shields at checkout.

“Our associates have displayed the true actions of a hero, working tirelessly on the front lines to ensure everyone has access to affordable, fresh food and essentials during this national emergency,” noted Kroger Chairman and CEO Rodney McMullen. “The Hero Bonus is just one more way we continue to convey our thanks and gratitude not only to our existing associates, but also to the more than 30,000 new hires who have joined in the past two weeks, and those who will soon join the Kroger family of companies.”

“Recently, we announced an appreciation bonus for our hourly front-line associates,” said Tim Massa, the grocer’s SVP and chief people officer. “This gesture was to thank our associates for everything they have done during the past few weeks. However, we recognize that this crisis is far from over, and after reflecting on associate feedback and working together with our union partners, we want to further acknowledge our terrific team for their hard work to date, as well as the work yet to come.”

Marc Perrone, president of Washington, D.C.-based UFCW International, the largest private-sector union in the United States, called the pay and benefits increase “a good first step in our ongoing conversations with Kroger to keep customers and workers safe in stores during this crisis. We look forward to continuing to work with Kroger to strengthen support and protections for these essential workers on the front lines of this outbreak as they continue to serve families across the country.”

Along with the bonuses, Kroger has taken several further actions to support associates, among them:

Employing nearly half a million associates who serve more than 11 million customers daily through a seamless digital shopping experience and 2,761 retail food stores under a variety of banners, Cincinnati-based Kroger is No. 2 on Progressive Grocer’s 2019 Super 50 list of the top grocers in the United States. Walmart and Target are Nos. 1 and 15, respectively, on PG's list.