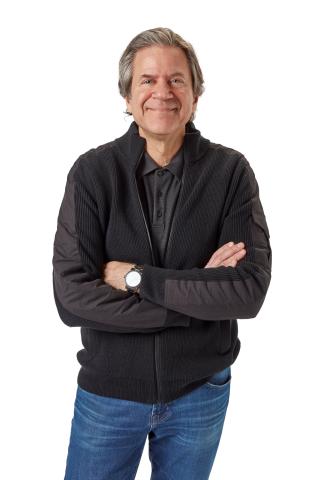 Food trends come and go, but the demand for plant-based protein doesn’t seem to show any evidence of fading away. The volatile pricing and shortages of animal proteins, as well as concerns about health, wellness and animal welfare, are driving increasing numbers of consumers toward meat-free alternatives. Now the driving force behind one of America’s most popular fresh salsas has his sights set on leveraging the opportunity in plant-based protein. Dave Zilko, the strategic innovator behind Garden Fresh Gourmet, talks to Progressive Grocer about his entrepreneurial journey, how to build a No. 1 brand and what’s next in the plant-based category.

Progressive Grocer: During college, you spent some time in France. How did your time there jump-start your career in food innovation?

Dave Zilko: I was going to Michigan State, getting a degree in finance, and I spent a summer in France studying French. I was in a city called Tours in the Loire Valley, and I would take a train to Paris every weekend. I became enamored with the attention to detail, the flower boxes everywhere, the cobblestone streets, the human scale of everything. This was in the early 1980s, and I could not believe how much better the food was there than here, could not believe how great the glasses of Bordeaux were. The beauty of France connected with me immediately, but it was really the food experience. I just love how they appreciate how food brings people together and how important a meal is. That was even more important to me than the food itself.

PG: But the United States has come a long way when it comes to food quality since then.

DZ: Yes, I’m very proud of this country because today I can find baguettes in Detroit every bit as good as what you find in Paris. I think our wine is every bit as good as theirs — a little bit different, but I think we’re on their level. We’ve definitely caught up, maybe not yet on an everyday basis, but our progress has been remarkable and is something to celebrate.

PG: So you went back to the U.S., graduated and decided to become a food entrepreneur?

DZ: Coupling my fascination with strategy and the creativity of business, my desire to be an entrepreneur, with my experience in France, the food space just seemed to be where I was drawn to. I decided to go to George Washington University to get an MBA in marketing. After that, I came back to Detroit; I’ve got a very strong sense of home — I love the area. I started a little company with a credit card loan from my girlfriend. People always ask: I did marry her. Struggled for 11 years, and then I met Jack Aronson at the Fancy Food Show in New York in the summer of 2002; we became partners almost instantly. 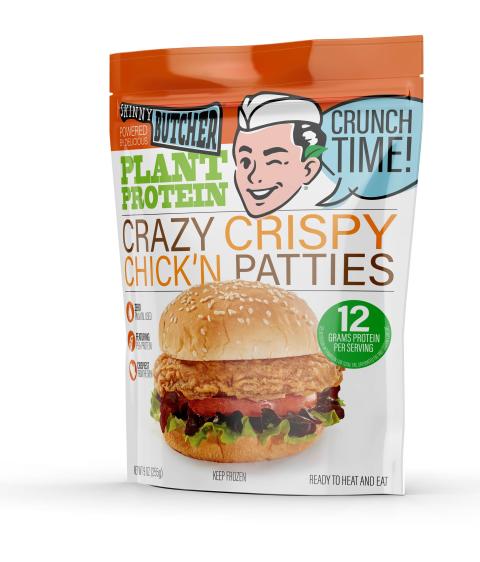 Skinny Butcher's Crazy Crispy sub-brand capitalizes on the popularity in the QSR space of the Southern fried crispy chicken sandwich, but with a plant-based twist.

DZ: Ours is an “Only in America” story. Jack, who passed away in August, started a salsa company in 1997.  He was in his late forties, had to declare bankruptcy to hold on to the lease of his 1,200-square-foot restaurant just outside of Detroit, and, out of desperation, pulled out a 5-gallon bucket and in 15 minutes he made what is today Garden Fresh Artichoke Garlic Salsa. He was a food savant: He had no formal training, no formal education. He built a plant, invited me to be a partner, and before we knew it, we were, improbably — fresh salsa from Detroit? What could possibly go wrong? — the No. 1 brand of fresh sauce in the country. When we sold to Campbell Soup Co. in 2015 for $231 million, we were making 85 tons of fresh salsa a day. We were still peeling onions by hand, and making our salsa in 5-gallon buckets, just as Jack did for the very first time in that back of that bankrupt restaurant. We never compromised on our quality, no matter how big we got.

PG: How did your success with Garden Fresh Gourmet lead you to start Skinny Butcher?

DZ: My approach to building great food concepts is I want to win on branding then I want to win on flavor profile. If you can do that, the world’s going to beat a path to your door. That’s really what we did at Garden Fresh. So, in terms of the brand, we wanted a tension between the progressive nature of this category but still have a retro feel to speak to flavor profile more than we think other plant-based protein brands are doing. We’re no longer appealing to vegans and vegetarians, which are at most 5% of the population. We’re now reaching out to the flexitarian movement, people who are saying, "Yeah, it is better for the environment and better for me if I reduce my animal protein consumption.” If 25% of the $290 billion U.S. animal protein market gets converted to plant-based, this will represent the biggest opportunity in food in our lifetime.

PG: What is the origin of the company’s jovial winking logo?

DZ: There’s an old joke that says, “Never trust a skinny butcher or skinny chef — if they’re skinny, they’re not eating their own food.” He’s winking because he’s saying, “Look, this is so good even I’m eating it. You can trust me.” So we’re trying to communicate with the consumer at the point of sale; the butcher is literally winking, embracing him or her in the store. I think a brand should have a distinct voice and personality. I think people buy food with their eyes. You really need to connect there.

DZ: We found a vegetable fiber strain in Europe, from Italy in particular. We’re the first ones in this country to have it. From there, we put a proprietary blend of chicken flavorings together. We really believe we’ve got a superior texture and a superior taste; we’re really thrilled with the flavor profile. With respect to taste, there is no sacrifice between, say, a Skinny Butcher Chick’n Nugget and an animal-based chicken nugget. I personally prefer plant-based just for the bite; real chicken can be muscly – especially a lot of chicken nuggets, which are made with dark meat. So with plant-based, with Skinny Butcher, you get more of a consistent mouthfeel and it’s just an easier process on your body right from the get-go. From there we said, “What’s the hottest thing going in the QSR space right now?” It’s the Southern fried crispy chicken sandwich. So we came up with the “Crazy Crispy” sub-brand, which is an important strategic differentiator. We’ve got Crazy Crispy chicken breast, chicken nuggets, chicken patties, and chicken tenders. And we have handed all of it over to Golden West Food Group, who are not just Skinny Butcher’s contract manufacturers but are significant equity partners in this venture, who can produce at national scale right out of the gate. They’ve got a 350,000-square-foot plant, 1,600 employees, and a national sales and distribution network that we will be tapping into. 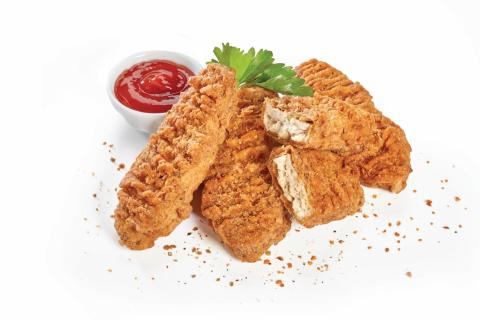 Skinny Butcher’s plant-based offerings are made from a European vegetable fiber strain and a proprietary blend of chicken flavorings.

PG: What’s the most challenging part of what you are doing, creating a new market or creating the product?

DZ: I give Beyond Meat and Impossible Foods a lot of credit because, if you think about it, Morningstar Farms have been out for a long time — I think they were founded in 2004. Boca Burgers go back to like 1989. So plant-based protein is already an established category. But I think it was established largely for vegans and vegetarians. What Impossible and Beyond did was they came out and they hit everybody with a two-by-four. They created this craze; they kind of did for plant-based protein what Sabra did for hummus, what Grey Poupon did for specialty mustards, what Robert Mondavi did for American wine. Impossible and Beyond are great brands, world-class brands, but they’re brands of the moment, though. With Skinny Butcher and the approach we’re taking, I think we’re going to have longer legs as a brand because we’re speaking of flavor profile. We’ll see. Nobody has all the answers. But I think there’s wind at the back of this category like nothing we’ve seen in our lifetime.

PG: Can you tell us what else is in the pipeline and when it will be available at retail?

DZ: Later this year, we’re going to have spicy varieties of our Crazy Crispy nuggets, tenders and breasts. Many retailers have asked us if we could make some pre-packaged sandwiches and sliders too. We’ve developed some fish items, and we’re going to have fish sticks and fish filets probably coming out in the second quarter. One of my biggest surprises is how many buyers and brokers are asking for this, because there’s an increasing concern among moms regarding mercury in fish. We’re going to have some turkey items, with a Mayflower hat on the butcher. On the fish versions, we put a sea cap on the butcher. So the branding has a lot of personality; we don’t want to take this too seriously. These are chicken nuggets, for crying out loud. We just think they should put a smile on people’s faces.

PG: What accounts for the rising popularity of plant-based proteins, and where do you think the trend will go next? Is it likely to become a permanent feature of consumers’ diets?

DZ: We’ve got something no other plant-based brand to our knowledge has. We have developed a virtual restaurant program. We are now live on Uber Eats, and we are partnering with one of the premier virtual restaurant development groups in the nation: Wow Bao, originally developed by Lettuce Entertain You, out of Chicago. Wow Bao has deals signed for 650 dark kitchens nationwide right now, I think they’re up to 550 that are open and operating. They’re going to take our Skinny Butcher virtual restaurant concept and they’re going to add it to their existing program. We’ve got our barbecue Crazy Crispy chicken sandwich, a buffalo Crazy Crispy chicken sandwich, chicken parmesan, chicken tenders, chicken nuggets, and salads with our Crazy Crispy chicken and chicken wraps, all now live on Uber Eats.

PG: What do you think the food industry will look like in five years?

DZ: With the plant-based market already established by Beyond Meat, Impossible Foods, Tyson’s Raised & Rooted, etc., we’re kind of looking beyond that and saying that in three, five, seven, 10 years from now, you’re no longer going to have to hit people over the head with this. Plant-based is going to continue to grow. It just has to because of the better-for-you issues and the environmental sustainability issues and the animal cruelty issues. So I just think it’ll be a long time before there’s a crescendo to this wave, probably a decade, maybe 15 years, but it’s going to be a really nice wave. And then we’ll just see what next wave comes up. There’s always something really cool that comes around, and that’s a testament to the American spirit and how open we are to trying new things.