NotCo uses proprietary AI technology that can match animal protein to its ideal replacement among thousands of plant-based ingredients.

With the help of key venture capital names like Amazon’s Jeff Bezos, Latin America’s NotCo has been granted a U.S. patent for its proprietary artificial intelligence (AI) technology, known as Giuseppe. The technology breaks down foods into their basic molecular compositions, and then, employing machine-based learning, chooses vegetables that it can combine to imitate that structure, while also working with humans to learn what tastes good.

In less than three years, NotCo has become one of the fastest-growing food-tech companies in Latin America. With plant-based products becoming a staple in consumers’ daily routines around the world, NotCo was able to make its United States debut in November 2020 with the launch of NotMilk in Amazon-owned Whole Foods Market stores nationwide. Ingredients in NotMilk include water, pea protein, chicory root fiber, sugar, pineapple juice concentrate, coconut oil, sunflower oil and cabbage juice concentrate.

NotCo's patented technology not only helps protect the process to get to the current products in market — the food tech firm also commercializes NotBurger, NotMayo, NotIceCream and NotMilk in Brazil, Argentina, Chile, Colombia, and soon Mexico and Canada — but it also gives it an edge on future innovation, opening a new era in the global plant-based market.

“The patent covers applications ranging from deep analysis and understanding of animal- and plant-based food using proprietary databases of ingredients and recipes to find different and unexpected plant combinations for target products, and this is only the beginning,” said NotCo CTO and co-founder Karim Pichara. “We continue to evolve rapidly to push the industry forward.”

“I’m a firm believer that the introduction of a new technology is the only way to solve a broken system,” added NotCo CEO and founder Matias Muchnick. “The food industry is obsolete, and artificial intelligence is one of the keys to unveil a whole new world of possibilities, creating a whole new world of innovation and products that are just as delicious, but better for the environment. This patent really puts us ahead of the curve in the market.”

NotCo will soon open a new office in New York to host its commercial operations while maintaining its machine-learning team, which is already hosted in San Francisco.

Seattle-based Amazon is No. 2 on The PG 100, Progressive Grocer’s 2020 list of the top food and consumables retailers in North America, while its wholly owned subsidiary, Austin, Texas-based Whole Foods, is No. 24. 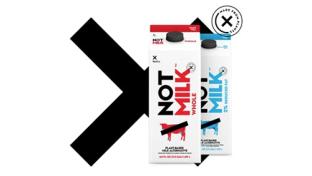 Whole Foods is rolling out NotMilk, made with pineapple and cabbage juices 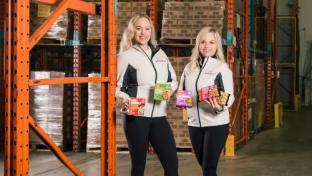 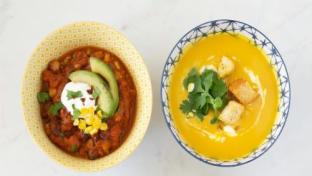 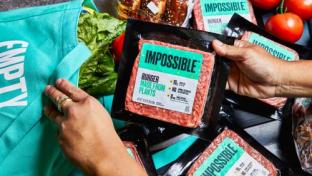