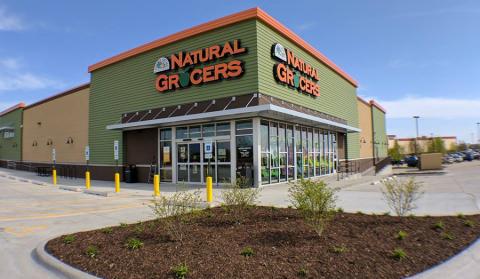 Amid an increasingly competitive market in the natural and organic space, Natural Grocers reported a favorable first quarter of fiscal 2018, which ended Dec. 31, 2017, and adjusted its 2018 outlook following a reimbursement under the new tax law.

Natural Grocers' adjusted outlook for fiscal 2018 reflects the impact of a $4.3 non-cash re-measurement of its deferred income tax assets and liabilities. It now plans to now open eight to 10 new stores (resulting in 6 to 7 percent unit growth), relocated three to four stores, and achieve daily average comps of 1 to 3 percent, among other plans.

“We are very pleased with our success driving traffic with our marketing activities, which included direct mail, continued leverage of our Npower promotions, our new Health Hotline magazine, local store marketing and company-wide events, said Kemper Isely, chairman and co-president, Natural Grocers. “Along with our marketing efforts, our store operations team has been focused on leadership and training efforts. We are pleased with the success of these marketing and operational initiatives and the momentum they have created.”

Isely also noted that during the quarter, Natural Grocers also invested in price to drive customer count. As it moves forward, it plans to be more effective with promotional offers, and reinvest expected savings from federal corporate tax rate to support investments in price and traffic-generating initiatives.

Since Jan. 1, Natural Grocers has opened one store in Texas and plans to open another in the state on Feb. 7. It also has nine signed leases for additional stores planned to open in fiscal 2018 and beyond in Colorado, Oregon, Iowa and Texas.