’Bye, sugar. Well, maybe not all at once. But a concerted effort to wean Americans from their sweetest addiction could be in the offing, according to observers at the just-completed Natural Products Expo East trade show, held Sept. 13-15 in Baltimore.

At “The State of Natural: Disrupting for Good in 2018 and Beyond,” a presentation that took place on Sept. 13, one of the speakers, Hank Cardello, senior fellow and director of the Food Policy Center at Washington, D.C.-based think tank the Hudson Institute, a former food executive, and author of “Stuffed: An Insider’s Look at Who’s (Really) Making America Fat,” talked about how even “better-for-you” versions of products needed overhauling, noting that items such as energy bars and 100 percent juices contained far too much sugar.

Although he acknowledged progress from the likes of Zevia, maker of a stevia-sweetened soda; very-low-in-sugar Back to the Roots cereal; and even unsweetened ketchup, Cardello urged other manufacturers to keep an eye on calories and sugar content to help improve consumer health and reverse obesity, which he identified as the No. 1 public-health issue. He expressed confidence that natural and organic food companies, in particular, could accomplish this goal, as such businesses had long been in the “vanguard” of developing more healthful products.

Later the same day, at the “Ingredient Trends: From Birth to Maturity” presentation, one of the trends spotlighted was in non-sugar sweeteners, with a particular focus on stevia and monk fruit. While stevia was described as already a “solid player” in the category, monk fruit was less used but had the potential to rise in popularity. The reason for this was that products with no added sugar were fueling growth across the store, so all-natural, harmless alternatives had become viable options to impart sweetness to products that customarily feature it.

As was mentioned during the presentation, in addition to replacing sugar entirely with an alternative sweetener in their offerings, manufacturers are blending cane sugar with other sweeteners, as in the case of Arctic Zero frozen desserts (which uses monk fruit concentrate in some of its products), and even forgoing the use of any sweeteners at all, as many purveyors of RTD tea and other beverages do – in at least one SKU in their respective lineups – thereby encouraging consumers to recalibrate their taste buds, not to mention their future expectations, in regard to what certain products should taste like.

Add in the rising consumer and manufacturer interest in such diet regimens as Paleo and ketogenic (keto), both of which involve keeping one's carbohydrate intake low, and the anticipated shift to low- and no-sugar products would seem to be a certainty.

This emerging trend was hardly the biggest news on the show floor, but it was apparent to anyone keeping an eye out. I encountered, for instance, the Uncommon Carob bar in three low-sugar varieties, including an unsweetened option that provided a surprisingly smooth, complex flavor for anyone who remembers carob’s previous incarnation as an inferior substitute for chocolate.

To be sure, the expected widespread move to lower-sugar products won’t come overnight, but as Cardello observed, it would seem to be the next frontier to be conquered – and natural and organic food and beverage manufacturers, with their long-demonstrated concern for the health and well-being of the people who consume their products, will no doubt be leading the charge. 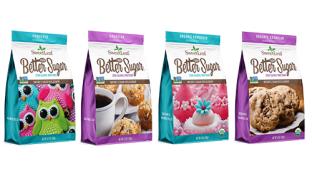 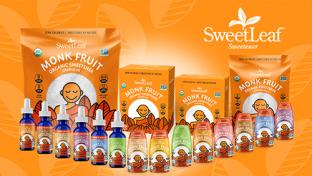 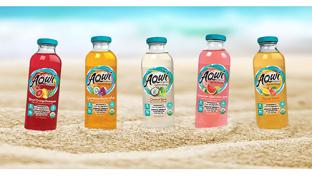