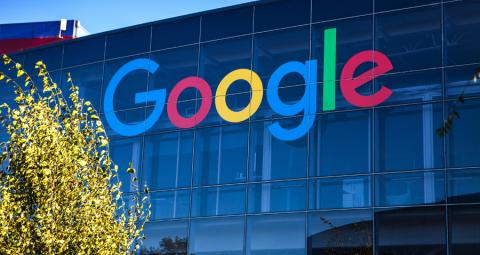 At the same time that Amazon is celebrating the one-year anniversary of its big splash into the grocery channel, Google, arguably its chief rival in several markets, is leveraging its own services to help grocers hit back hard at the Seattle-based ecommerce behemoth. And although this one involves one of the top international grocers in the world, we should expect to see similar partnerships coming to U.S. grocers.

Carrefour Group, the Boulogne-Billaincourt, France-based retailer that operates stores in more than 30 countries, is partnering with the Mountain View, Calif.-based tech giant to develop a future-proofing strategy based around three initiatives involving a new buying experience through Google platforms, an innovation lab, and accelerating the retailer’s digital transformation. To fuel the partnership, Google will bring its technology and skills in artificial intelligence, cloud and new consumer shopping interfaces like Google Assistant, while Carrefour will contribute its product expertise and logistics and sales knowhow.

“The common objective of this partnership is to bring together the expertise of both companies to offer consumers new and innovative commerce experiences in France, whether that’s in a store, online, on smartphones or with voice,” the retail giant said.

"This alliance makes Carrefour the first partner of Google on grocery ecommerce in Europe, creating a strong bond between the two companies. It also marks an important step in the new story written by Carrefour since the announcement of the Carrefour 2022 plan. It allows us to accelerate our digital evolution and get a head start in deploying the omnichannel approach we want to offer our customers," said Alexandre Bompard, CEO of Carrefour.

Added Sébastien Missoffe, VP and managing director of Google France: "Shoppers today are saddled with disconnected experiences through the shopping journey, which often lead to abandoned shopping carts and low customer satisfaction and loyalty. Customers want assistive, simple and personalized experiences that help them make decisions on what to buy, assist with easily building baskets across surfaces, and provide a seamless checkout. With Alexandre Bompard and his team, we wanted to explore new distribution models and ecommerce technologies to deliver simple, frictionless and deeply relevant experiences for shoppers in France.”

This is the second time in the past week that a major technology company has been reported to be working on ways to help grocers better defend themselves against the Amazon threat. Last week, Reuters reported that Microsoft is creating a system for grocers similar to the one Amazon uses in its now-expanding Amazon Go format. The Redmond, Wash.-based company's new system reportedly can track whatever a shopper takes off a shelf and places in his cart.

The technology company is said to have showed the new offering to a number of retailers worldwide, including Walmart, which has reportedly been in talks about “a potential collaboration.”