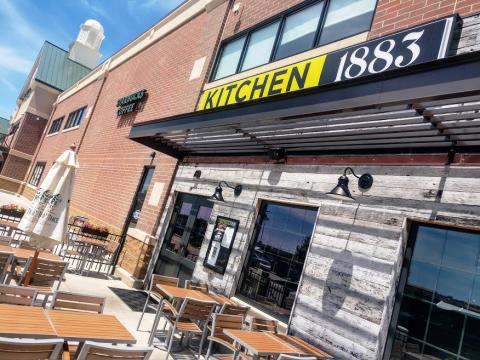 After nearly a year of construction delays, The Kroger Co. finally will open what will now be the third location of its full-service restaurant concept, Kitchen 1883.

Kroger confirmed to Progressive Grocer that the restaurant will open in mid-November at its supermarket in Anderson Township, Ohio.

The location was supposed to open in fall 2018 but was beset by construction delays, the Cincinnati Business Courier has reported.

It was to have been Kitchen 1883’s second location, but that honor now goes to the one inside Kroger’s new urban food hall, Kroger on the Rhine, which opened last week near the grocery giant’s corporate headquarters in downtown Cincinnati.

Featuring a chef-driven menu offering entrees, sandwiches and appetizers, as well as a full bar, Kitchen 1883 employs a team of cooks, hosts and bartenders.

The first Kitchen 1883 location, at Kroger’s store in Union, Ky., near Cincinnati, has been open for about two years. The concept's name refers to the year that Barney Kroger founded the grocery company.

Cincinnati-based Kroger operates 2,761 retail food stores under a variety of banners and is No. 2 on Progressive Grocer’s 2019 Super 50 list of the top grocers in the United States.