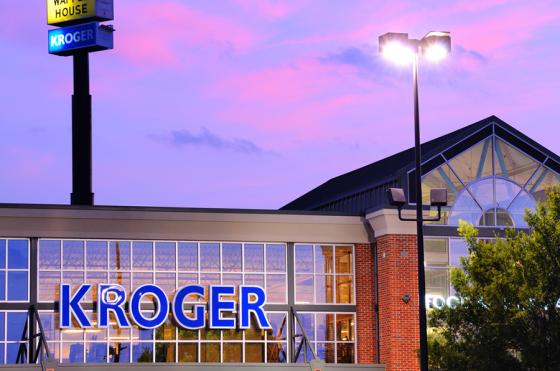 “We are making progress on redefining the customer experience, and our high-performing leaders are determined to maintain that momentum in year two of Restock Kroger and beyond,” said Mike Donnelly, EVP and COO at Cincinnati-based Kroger. “Each of these promotions is consistent with Kroger's track record of strong succession planning and will help ensure we continue driving toward our growth objectives.”

“We have a leadership team that combines deep experience with creative new talent,” added Tim Massa, the company’s SVP of human resources and chief people officer. “In our dynamic retail environment, we continue to look to experienced and capable leaders to take on key senior officer roles while also developing high-performing leaders and teams, including bringing in outside talent, as part of Restock Kroger.”

The promotions are as follows:

Mary Ellen Adcock, currently group VP of retail operations, has been promoted to SVP, retail operations, effective May 1. Adcock joined Kroger in 1999 at Country Oven Bakery, a manufacturing facility in Bowling Green, Ky., where she held several manufacturing leadership positions, including human resources manager, general manager and regional operations manager. She became VP of deli/bakery manufacturing in 2009. Three years later, Adcock was promoted to VP of natural foods merchandising, where she led the rollout of the Simple Truth product line. She took on the role of VP of merchandising for the Columbus division in 2014 and became VP of operations for the same division a year later. While at the Columbus division, Adcock led her team to achieve a double-digit increase in sales and market share growth. She has held her current role since 2016.

“Mary Ellen quickly established herself as a key contributor to both the sales and operations organization as well as to the senior executive team,” said Donnelly. “She led Kroger’s efforts to deliver an unprecedented $1 billion in operational savings in 2018 and will no doubt successfully extend her proven track record while overseeing several of Kroger’s retail supermarket divisions.”

“Joe brings to the senior merchandising role experience in a variety of leadership roles throughout the company, including most recently leading our successful Fred Meyer division with its broader mix-oriented retail format,” noted Donnelly.

Robert Clark, currently SVP of merchandising, will become SVP, supply chain, manufacturing and sourcing, effective May 1. Clark started his Kroger career in 1985 as a courtesy clerk at Fry’s Food Stores in Arizona. Since that time, he has held various leadership positions, including store and district management, as well as a role in grocery merchandising. In 2002, he became VP of Merchandising for Fry’s. Eight years later, Clark rose to the position of VP of operations for the Columbus division before taking on the role of VP of merchandising for the Fred Meyer division in 2011. Clark was then promoted to group VP of non-perishables in 2013, and to his current role in March 2016.

“Robert will continue to focus on building capacity in Kroger’s outstanding manufacturing and distribution networks to support our anything, anytime, anywhere customer ecosystem,” noted Donnelly.

Dennis Gibson, currently president of the King Soopers division, will become president of the Fred Meyer division, effective May 1, succeeding Grieshaber. In his new role, Gibson returns to Fred Meyer, where he began his Kroger career in 1984, spending eight years in a variety of apparel merchandising roles in Oregon, Utah and Idaho. Between 1992 and 1999, Gibson held store and district management positions for the Fred Meyer division. He became VP and regional director for the division in 1999, before taking on the role of group VP of store operations. In 2011, Gibson transferred to the Columbus division as VP of operations, before becoming VP of merchandising. He was promoted to president of the QFC division in 2014 and appointed to his current role in 2016.

Dan De La Rosa, currently president of the Columbus division, will become president of the King Soopers division, effective May 1, succeeding Gibson. De La Rosa joined the company in 1980 as a clerk assistant in the Ralphs division. He has held roles in operations and merchandising, working as a store director, director of corporate brands for Ralphs and Food 4 Less, and district manager. From 2007 to 2013, he held several fresh merchandising roles with increasing responsibility, among them VP of meat and seafood merchandising for the enterprise. He became VP of merchandising at the Fred Meyer division in 2015 and attained his current role two years later.

Additionally, Marlene Stewart, currently president of the Houston division, will retire from the company after 41 years, effective July 20. Succeeding her is Joe Kelley, currently VP on special assignment, focusing on the company’s ongoing work to enhance the customer experience.

Introduced in 2017, Restock Kroger is the grocer’s plan to “redefine the food and grocery customer experience in America,” fueled by capital investments, cost savings and free cash flow.

Kroger employs nearly half a million associates who serve customers through a seamless digital shopping experience and 2,764 retail food stores under a variety of banners. The company is No. 2 on Progressive Grocer’s 2018 Super 50 list of the top grocers in the United States.