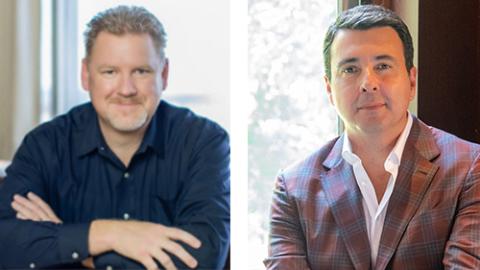 Arreaga joins Kroger from Deerfield, Illinois-based Mondelez International Inc., where he was SVP of supply chain. There, he led a team of more than 14,000 employees within a network of 41 internal and external factories, 49 fulfillment centers, direct-to-store branches, logistics, and product development. Previously, he was also global VP of operations for New Britain, Connecticut-based Stanley Black & Decker, and held numerous leadership roles at Englewood Cliffs, New Jersey-based Unilever, including VP of food and beverage operations.

"Gabriel's proven history of outstanding leadership and management of complex supply chain and logistics functions will accelerate our ability to provide a seamless shopping experience for our customers," said Rodney McMullen, Kroger's chairman and CEO. "We welcome Gabriel and his 22 years of leadership experience in the industry and look forward to adding his fresh perspective and insights to our growing operations."

Clark has been with Kroger since beginning his career in the Fry's division as a bagger in 1985. He advanced to several store, district and division leadership roles for Fry's, including VP of merchandising in 2002. Clark relocated in 2010 to the Columbus, Ohio, division to take on the role of VP of operations, and then he moved to the Fred Meyer division in 2011 as VP of merchandising. Two years later, he relocated to Kroger's corporate headquarters in Cincinnati to take the position of group VP of nonperishables. He was promoted to SVP of merchandising in 2016 and to his current position in 2019.

"We thank Robert for his 35 years of dedicated service and leadership," said McMullen. "He's been an instrumental leader at all levels of our organization and has built collaborative teams and developed business strategies that have advanced our operations and uplifted our associates and customers."