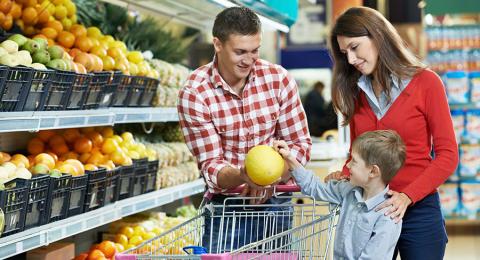 Following the example of such large corporations as AT&T, Boeing and Comcast, Delaware Supermarkets Inc., known locally as Kenny Family ShopRites, is presenting $150 bonuses to 1,000 non-management and union-represented employees in the wake of the enactment of the recent tax reform bill. This bonus comes in addition to holiday and performance bonuses.

“Our ability to provide bonuses and training to our employees demonstrates the far-reaching implications of this tax reform,” noted Delaware Supermarkets President and CEO Christopher Kenny. “We have a renewed optimism for the local and the national economy, and this important legislation better positions us for future growth.”

“This legislation benefits those of us who count on Main Street budgets for our livelihoods, and it’s a privilege to share the benefits with the men and women who work so hard at ShopRite,” added Melissa Kenny, the company’s director of sales and marketing. “It makes it possible to succeed in a very competitive industry.”

The Kennys also give to the areas they serve through the Kenny Family Foundation, founded in 2008, which aids 1,000-plus charitable organizations and has raised more than $1 million in contributions.

“We’re committed to our customers, our fellow small businesses and our communities,” said Christopher Kenny. “Investing $300,000 in our employees’ future shows that we are also committed to our team members. This tax bill allows us to help create a vibrant economy in our home state.”

Founded in 1995, Delaware Supermarkets is part of Wakefern Food Corp., a Keasbey, N.J.-based supermarket cooperative with 50 members operating 344 stores, mainly under the ShopRite banner. Delaware Supermarkets’ locations include a 70,000-square-foot state-of-the-art ShopRite near the Wilmington Riverfront.