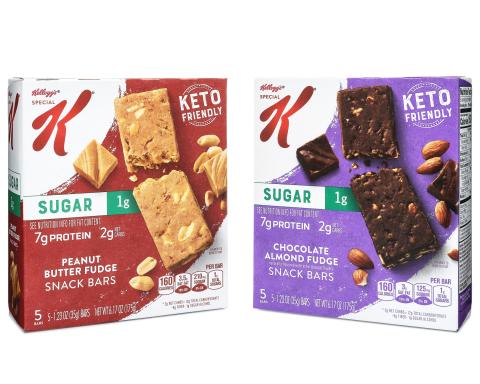 Kellogg is helping Albertsons Companies fight the food security implications of the pandemic.

The Kellogg Co. is donating $120,000 to the Albertsons Companies Foundation’s Nourishing Neighbors initiative as part of a “Feed the Love” campaign in Albertsons stores in February.

“We value our partnership with Albertsons Cos. and initiatives like this are a key part of our aspiration towards Kellogg Company’s vision of a good and just world, where people are not just fed but fulfilled,” said Oli Morton, Kellogg Co. U.S. chief customer officer. “We are proud to contribute to the important work Albertsons Cos. is doing as we collectively fight against hunger.”

The funds will be distributed to local food banks in areas where Albertsons Cos. operates stores.

“We’re thankful that Kellogg, with its trusted brands, extensive consumer reach and powerful reputation, has partnered with us in our work to eradicate hunger in America,” said Christy Duncan Anderson, president and executive director of Albertsons Companies Foundation. “Kellogg’s generous donation will help provide food for so many people struggling with food insecurity.”

Due to the pandemic, addressing food insecurity has emerged as a major social responsibility priority for many retailers and consumer goods companies, including Grocery Outlet, Walmart and others.

Albertsons Cos. has had a long-standing commitment to hunger relief. In the last five years, the company and its foundation have donated more than $2 billion in product to food banks and other hunger relief agencies, expanding their standing as one of the biggest retail supporters of hunger relief in the country. These donations were in addition to hundreds of tons of food contributed through local and regional food drives.

Meanwhile, feeding people in need has long been a cornerstone of Kellogg's corporate responsibility initiatives. The partnership with Albertsons contributes to Kellogg’s Better Days global commitment to create better days for 3 billion people by the end of 2030. Since 2015, the company has donated 2.4 billion servings of food to people facing hunger and reached 3.2 million children through feeding programs.